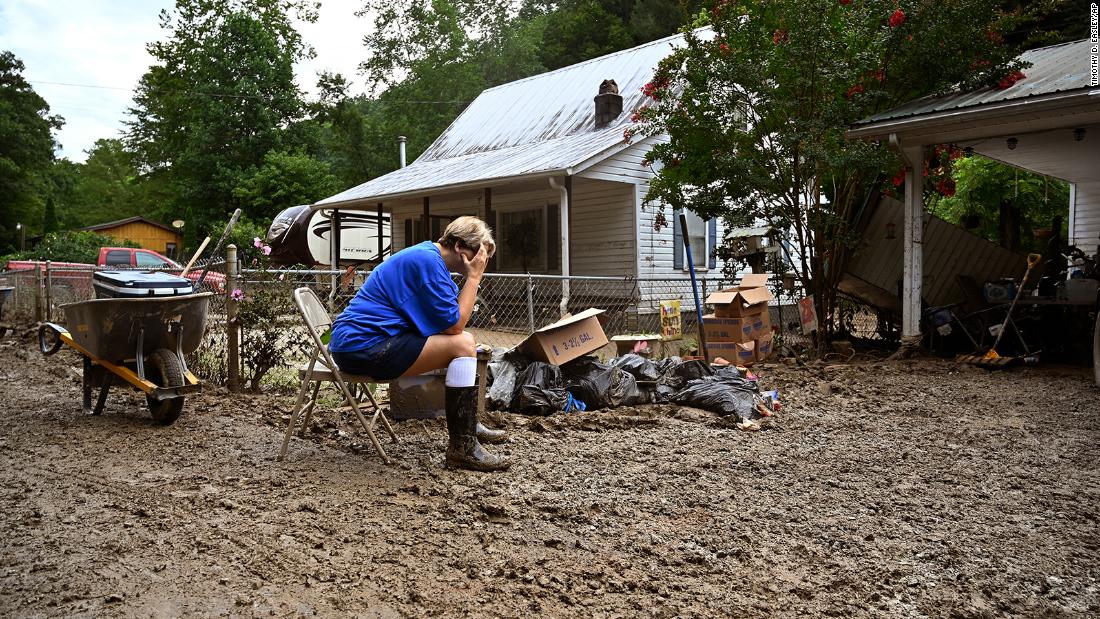 Here’s what else you need to know start your week smart,

• Days after deadly flooding claimed the lives of at least 25 people in eastern Kentucky, more rain today will threaten some of the hardest-hit areas as rescue teams still search for missing residents and rescue thousands of people Struggling to recover without service and electricity.
• President Joe Biden tested positive for COVID-19 again on Saturday, according to a letter from Presidential Physician Dr. Kevin O’Connor, which is likely a “rebound” COVID-19 positivity that the doctor noted. “Observed in a small percentage” of patients treated with Paxlovid.
• The remains of a giant Chinese rocket, which was landing back on Earth uncontrollably, re-entered the atmosphere over the Indian Ocean at around 12:45 pm on Saturday, the US Space Command said on Twitter.
• New York City officials declared monkeypox a public health emergency on Saturday, saying the city is the epicenter of the state’s outbreak and that the move would boost measures to help slow the spread of the disease.
• The chase for the second-largest Mega Millions jackpot has ended – with one ticket sales totaling $1.337 billion in the Chicago area.

The primary season has begun as we approach the 2022 midterm elections, with voters in Arizona, Kansas, Michigan, Missouri and Washington heading to the polls. The results will be closely watched in Arizona as elections there are shaping up to be a proxy battle between former President Donald Trump and former Vice President Mike Pence.
Tuesday is also the day the Bureau of Labor Statistics releases an important reading on the health of the job market. The Bureau’s Job Openings and Labor Turnover Survey — known as the JOLTS report — will show the number of job openings available in June. In May, there were 11.3 million job opportunities, about 2 to 1 more than available workers.

Continuing the “if it’s Tuesday, it’s primary day” trend, voters in Tennessee will cast their ballots on August 4 as three Democratic candidates hope to win their party’s nomination to take on Republican Gov. Bill Lee in November. , which is running unopposed in the GOP primary.
It is also the 232nd birthday of the United States Coast Guard.

The government’s monthly employment report for July drops on August 5 as recession fears deepen. The US economy added a better-than-expected 372,000 jobs in June and the unemployment rate held steady at 3.6% – still close to a 52-year low.

Voters head to the polls Tuesday in a series of closely-watched Republican primaries in Arizona. Listen to Sunday’s edition of the CNN 5Things podcast to talk CNN’s Donnie O’Sullivan about his visit to the state, where he asked voters to listen to former President Donald Trump’s election lies and the current state of the GOP. How do I feel

photos of the week

See more dynamic, engaging and thought provoking images From That Week, which was curated by CNN Photos.

The latest version of the “Predator” franchise is set 300 years ago in the Comanche Nation, where a young female warrior fights to defend her tribe against one of the first highly evolved predators to land on Earth. “Prey” lands on Hulu on Friday.

Starring Brad Pitt, Sandra Bullock and several other actors, this action/comedy follows five assassins on a fast-moving bullet train from Tokyo to Morioka, where they discover they have something in common on their mission. ‘Bullet Train’ will hit the theaters on Friday.

what’s happening in the games

The 2022 Commonwealth Games, popularly known as the Friendly Games, are going on in Birmingham, England. The competitions began on 28 July and ended on 7 August.

Take part in CNN’s weekly news quiz To see how much you remember from that week! So far, 43% of Quiz fans have scored 8 out of 10 or better this week. How well can you do? (click here)