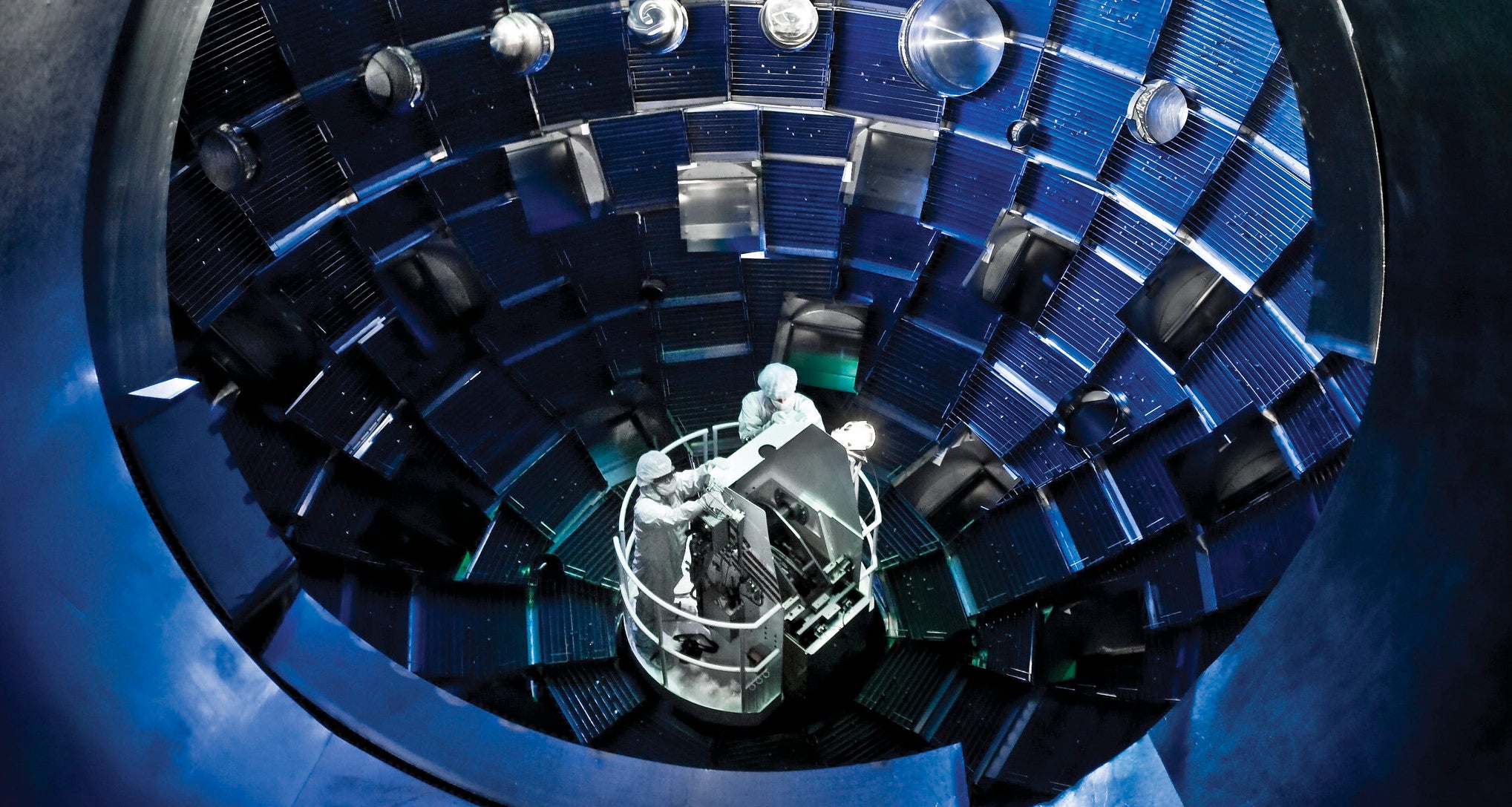 On January 27, 1996, France conducted Xouthos, its 210th and last surviving nuclear test, detonating a thermonuclear warhead under the Fangtoufa Lagoon in the southern Pacific Ocean. The test yielded 20 to 120 kilotons of TNT, potentially 8 times as explosive as the bomb the United States dropped on Hiroshima in 1945. Xouthos marked the end of France’s nuclear tests, but not the end of its nuclear stockpile maintenance. To make sure the country’s weapons are working, France is working with Lawrence Livermore National Laboratory in the United States to develop a super-cooled laser ignition test facility.

There are eight other nations with nuclear weapons: the United States, Russia, the United Kingdom, France, China, Israel, India, and Pakistan. In the 21st century, only North Korea has conducted a live test of nuclear weapons. For other countries, maintaining and maintaining nuclear weapons without real-world tests remains an engineering challenge. One way to manage this is through computer modeling, which lets nuclear laboratories refine warhead designs and study new types of warhead refurbishment.

But testing the actual fissile material of a warhead, the gas around which a plutonium pit condenses until it sparks a nuclear fission reaction, means looking at the actual material itself, and seeing if it is high condensation and how it behaves under intense heat. Lawrence Livermore describes a process as a “cryogenic targeting system” for testing nuclear material with a laser at low temperatures, which it drives at the National Ignition Facility. This system would, in theory, allow them to understand how nuclear fuels behave in conditions of high energy densities, by realizing temporary fusion energy under laboratory conditions.

Read |  Editorial: the key to the success of the new Science Council

The National Ignition Facility began operations in 2010. That year’s budget request from the National Nuclear Security Administration described the program as providing “the scientific understanding to assess the safety, security and reliability of a nation’s nuclear weapons without nuclear testing”. To achieve that goal,”[s]Assessment and certification of science-based weapons requires that these advanced experimental instruments have the ability to create and study matter in extreme conditions reaching the high-energy density (HED) environments found in nuclear explosions. ,

Thermonuclear explosions are hot, the fission reaction of the first stage reaches more than 100 million Kelvin. They are also dense: the conventional non-nuclear components of thermonuclear warheads use explosive force to compact plutonium into an even more compact form around a gas composed of heavy hydrogen, deuterium and tritium.

Another way to obtain this density is by cooling a small pellet of deuterium-tritium to 18.5 Kelvin (or -426 Fahrenheit). The cooling is the “cryogenic” part of the “cryogenic target system” and the bullet is the target. In these tests, the energy for ignition is provided by a high-powered laser beam, rather than an explosion inside the plutonium sphere, as in a real warhead.

At the National Ignition Facility, this process is performed by means of 192 laser beams that focus 1.92 megajoules on a single super-cooled pellet of deuterium and tritium. The energy released through fusion is similar to that of a star, albeit with a much shorter lifespan. The National Ignition Facility’s France equivalent, the Laser Megajoule, “will use 176 laser beams to focus more than one megajoule of ultraviolet laser energy on small targets containing a partially frozen mixture of the hydrogen isotopes deuterium and tritium.”

Read |  23 rounds of bidding for 5G auction completed; Why BGMI was banned and more

While research into nuclear fusion has often been promoted and touted as a way to viable fusion reactors for electrical power generation, it is essentially a weapons evaluation and research tool, with emergent potential for scientific research. happened.

“NIF was designed to withstand exceptionally high temperatures and pressures—tens of millions of degrees and several billions of times greater than Earth’s atmosphere,” reads an explanation from the lab. “These conditions currently exist only in the cores of stars and planets, and in nuclear weapons.”

When those conditions exist in the lab, they do so very briefly. “For a few billionths of a second during an ICF experiment, [the National Ignition Facility]The 192 lasers mimic the same temperature, density and pressure found in the interiors of stars and planets and detonate nuclear explosives,” says a 2019 report from the laboratory. There is still enough time for researchers to study the effect of those conditions on relevant materials, which is important in stockpile stewardship. “About 15 experiments per year are aimed at researching a material’s equations of state,” or a mathematical modeling of how materials handle the conditions of a nuclear reaction.

While the National Ignition Facility has been operational for nearly 12 years, the closest it came to creating energy-producing fusion came with a test on August 8, 2021. That shot elicited 1.35 megajoules from igniting a nearly frozen bullet, marking an approx. 70 percent conversion of laser energy into a reaction.

“For the Stockpile Stewardship Program,” the laboratory said in a statement from February, “the record shot provides access to a new regime of high-energy-density plasma to test and verify the laboratory’s nuclear weapons-related simulation code. Is. [National Ignition Facility] The experimental study of fusion ignition and subsequent thermonuclear burn, which provides the immense energy of modern nuclear weapons. ,

Creating a state of fusion without completely detonating a nuclear weapon is still a work in progress. By working with France’s Commission for Alternative Energy and Atomic Energy, national laboratories are ensuring that both countries can benefit from parallel and collaborative research. When compared to the option of resuming live nuclear testing, a difficult physics problem in a controlled laboratory setting is a minor challenge, relative to the geopolitical risks of a resuming international arms race.