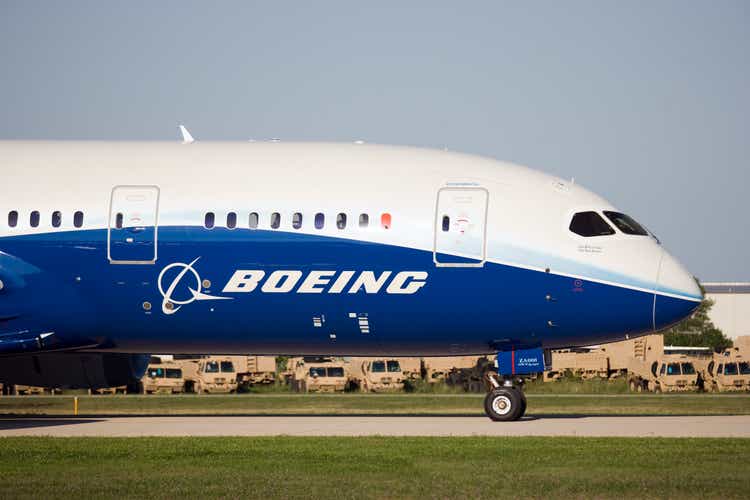 Boeing (NYSE:BA) The Dow Jones topped +6.2% in early trading Monday after a double dose of good news over the weekend, which could reverse the company’s earnings estimates for the rest of 2022.

The Federal Aviation Administration has approved inspection protocol modifications that should allow the company to resume deliveries of its 787 Dreamliner after all deliveries were halted from June 2021 after a quality problem was found in manufacturing.

The approval clears the way for Boeing (BA) to deliver ~120 Dreamliner jets that were built and parked, which Morgan Stanley analysts say will unlock $17B in revenue; Wall Street currently projects that the company will deliver ~85 jets this year.

In addition, Boeing (BA) defense workers will vote on a newly proposed labor agreement on Wednesday, at least for now with a strike that could begin today.

A week ago, 2,500 workers, represented by the International Association of Machinists and Aerospace Workers, declined an initial contract offer from Boeing (BA).