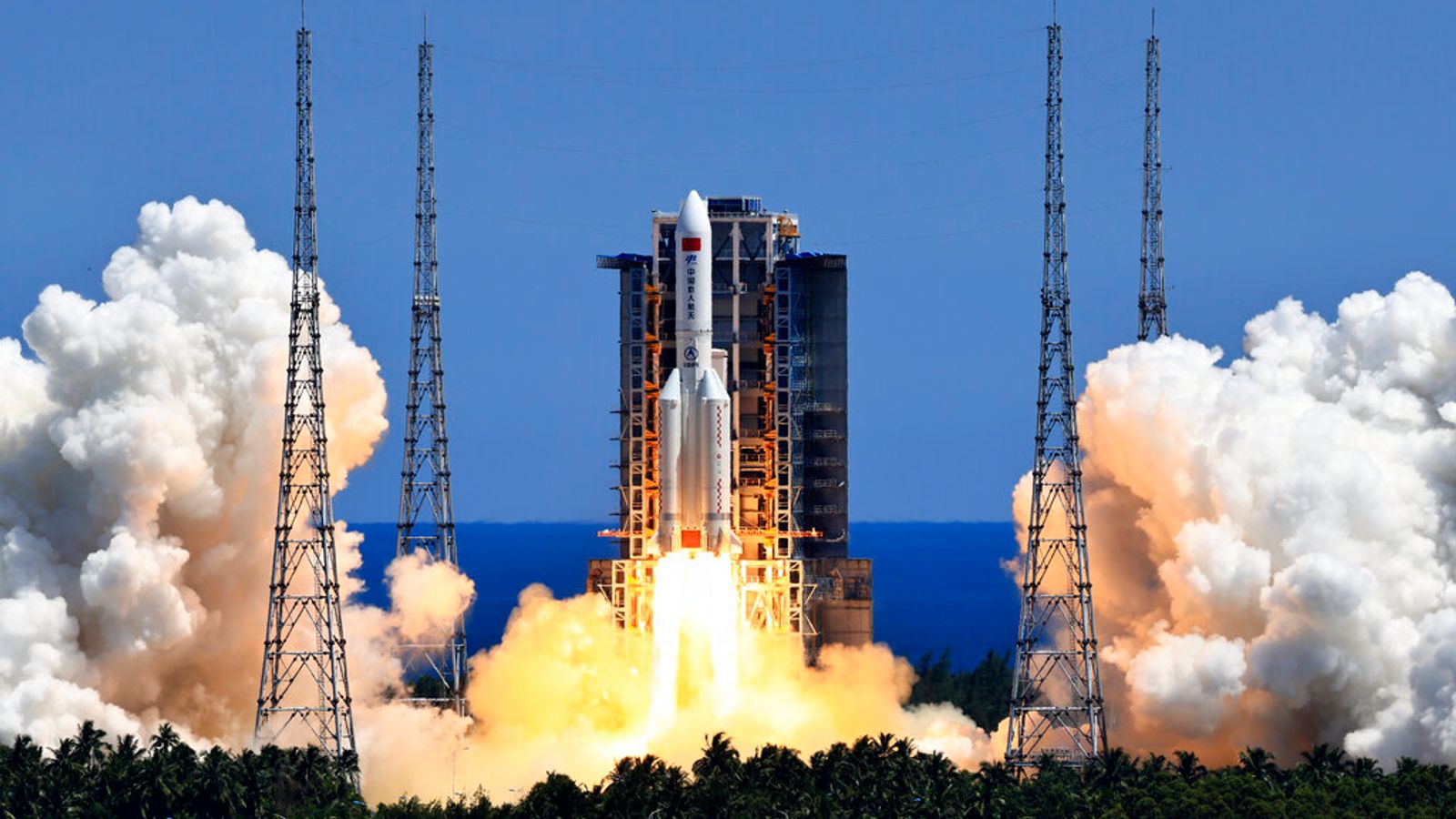 Debris from a rocket that carried part of China’s new space station into orbit has fallen into the sea in the Philippines, the Chinese government has announced.

The China Manned Space Agency said that most of the final stage of the Long March-5B rocket burned up after entering the atmosphere.

Earlier, the agency said it planned to allow the booster to fall in a directionless manner.

The location of the “landing area” cited by the declaration is in the waters southeast of the Philippine city of Puerto Princesa on the island of Palawan.

Philippine officials did not immediately confirm whether anyone had been affected.

China has previously faced criticism for allowing rocket components to fall back to Earth without being controlled.

NASA last year accused Beijing of “failing to meet responsible standards with respect to its space debris” when parts of a Chinese rocket fell into the Indian Ocean.

The country’s first space station, Tiangong-1, crashed in the Pacific Ocean in 2016, after Beijing confirmed it had lost control. In May 2020, an 18-tonne rocket fell uncontrollably.

China also received disapproval in 2007 after using a missile to destroy one of its defunct weather satellites, generating a field of debris that other governments feared could endanger other satellites. .

China’s most powerful rocket, the Long March-5B, put the Wentian laboratory into orbit on July 24. It was attached on Monday to the Tianhe Main Module, which houses the three astronauts.

The remains of a separate cargo spacecraft that served the station fell over a predetermined area of ​​the South Pacific, as much of it burned up upon re-entry, the government had already announced.