Chipmakers fight for a piece of US government support 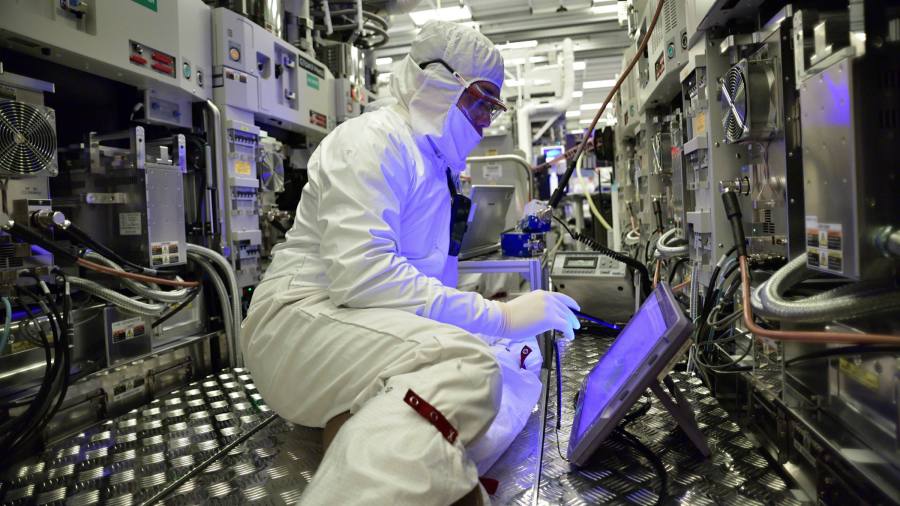 The long wait for legislation to boost America’s position in global semiconductor manufacturing is almost over. The scuffle between the companies to get their hands on the billions of dollars has just begun.

The House of Representatives followed the Senate last week by passing a comprehensive legislation to counter China’s rise as a technology powerhouse, including a $52bn grant to support advanced chip manufacturing and research and development in the US. The law, which has yet to be signed, unlocks an estimated $24bn more in investment tax credits for chip makers, allowing them to write off 25 percent of the cost of new factories, or fabs, against their profits in the first year. goes.

Intel CEO Pat Gelsinger said the act could be “the most important piece of industrial policy” in the US since World War II. It is designed to reverse a 10 percent drop in the US share in global chip manufacturing from 38 percent in 1990.

However, financial aid from Washington is unlikely to extend to all the huge projects already under construction or on the drawing board in the US.

“It’s not as big as everyone thinks,” said Pat Moorhead, a US chips analyst. He said that with advanced chip manufacturing plants costing more than $10 billion, the Commerce Department, which will be responsible for deciding who gets the money, will be faced with some difficult choices.

The legislation covers $39bn over five years, with grants of up to $3bn for each project to support the construction of the new fab. Another $11bn is set aside for R&D, with $2bn for projects considered important by the Pentagon.

Intel expects to secure $12bn of construction grants, or about a third of the total, for two fabs under construction in Arizona alone and two more for which it is close to breaking ground in Ohio. Others who are angling for the money include two chipmakers that have mastered Intel’s most advanced, or “leading-edge,” chip-making technology in recent years – TSMC, which runs a $12bn fab in Arizona. Samsung, which is working on a $17bn facility in Texas. Both plants are scheduled to start producing chips in 2024.

Although Congress has agreed to provide grants to foreign companies, domestic chipmakers are lobbying hard to ensure that the lion’s share of the money goes to US companies. An executive at a US chipmaker said the Commerce Department should favor companies that do their research and development in the US and employ the largest number of workers there – things that are clearly in favor of US companies. Will be

The Commerce Department has yet to disclose the application process or say how it will choose priorities to support taxpayers.

US officials will also have to decide how much money to allocate to the most expensive, “leading edge” fabs, which supply chips for use in demanding, high volumes such as smartphones and PCs. That would mean throwing full support behind Intel, which has lost its technological edge in global chip making to TSMC and Samsung and is investing heavily to find its way back.

On the same day that the House passed the CHIPS Act, Intel stunned Wall Street with a drop in its latest quarterly results, saying it would cut its capital spending plans for this year by $4 billion. However, this did not change long-term plans for its upgraded new fab. Plants are at the heart of the company’s goal, trying to compete with TSMC by becoming a “foundry” that manufacturers chips on behalf of other companies, rather than just their own designs.

Last week’s financial setback revived suggestions from some analysts that Intel should abandon its foundry ambitions rather than shore up its current business. However, the company has argued that it needs to become a foundry to justify the rising costs that come with each new generation of manufacturing technology, as its existing business is not large enough to house the need for fabs on such a large scale.

Others with big plans to boost US production include memory chipmaker Micron, which has set aside $150bn for capital spending by 2031. The company is waiting for this to become law before moving on to a major new plant, which it expects to start production in the middle of this decade, according to CEO Sanjay Mehrotra. “It’s not about whether these fabs will be made – it’s about where they will be made,” he said.

Memory and storage chips make up about a third of the semiconductor market, and Micron has world-leading technology in this area, meaning it can be seen as a strategic supplier in the US that needs broad government support. Yes, Moorhead said.

TSMC is seeking broader support to justify its most significant attempt to take root in the US, where costs exceed its home base. Chair Mark Liu said in June that the US plant was becoming “more expensive” than TSMC’s and that a lack of chip manufacturing talent was causing the company’s problems.

TSMC founder Morris Chang said earlier this year that the erosion of US chip manufacturing expertise over several decades has made it extremely difficult for the country to achieve global competitiveness. Speaking in an interview with the Brookings Institution, he said that the Chips had made the Act “a costly exercise in futility”.

While the US remains under pressure to regain its lead in leading chipmaking, the Commerce Department must also decide how much cash to set aside for older process technologies that still play a central role in many chip markets. Many industrial and car-making customers, as well as the Pentagon, use chips that are produced in small quantities to their own specifications and that do not need to meet the most demanding low-power standards.

Skywater Technology, an Indiana-based chip foundry, in July announced plans for a new $1.8 billion new fab to produce chips using older technology. Tom Sonderman, CEO, said the plant will support a wide range of industrial customers using the facilities on US soil. He said the fab will only go ahead if it can get enough official support from the federal government with one-third the cost and one-third from state support.