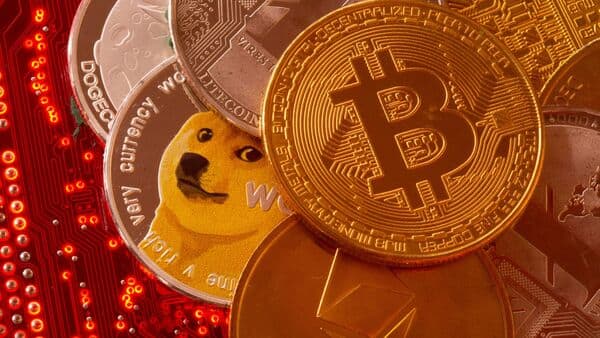 In cryptocurrencies, the price of bitcoin has dropped below $20,000 today. Bitcoin, the world’s largest and most popular cryptocurrency, is down more than 2% and is trading at $19,847. According to CoinGecko, the global cryptocurrency market cap was below $1 trillion today, as it fell more than 2% to $942 billion in the past 24 hours.

On the other hand, Ether, the coin and the second largest cryptocurrency tied to the Ethereum blockchain, fell more than 2% to $1,113. Meanwhile, Dogecoin price was trading up almost one percent at $0.06 today while the Shiba Inu rose more than one percent to $0.0000010.

The cryptocurrency industry has been rocked by several collapses in recent months, including the failure of the so-called stablecoin TeraUSD, the withdrawal of large US-based lender Celsius Network, and Singapore-based crypto hedge fund Three Arrows Capital entering into liquidation.

Bitcoin, the largest and best-known cryptocurrency, is down 58% in the first six months of 2022, marking its worst first half of the year as the digital asset struggled as US-based lender Celsius Network said this month that it would withdraw. will be suspended.

Crypto exchange Bitstamp plans to charge monthly “inactivity fees” for some users, as a market downturn weighs on trade volume in the industry. The fee, 10 euros ($10.27) per month, will apply to accounts that have not traded, deposited, withdrawn or staked assets for one year with a total balance of less than 200 euros as of August 1.

In another news. A top crypto miner, Core Scientific Inc., sold the bulk of its bitcoin holdings in June as a steep plunge in the digital asset squeezed finances even for industry leaders.

According to the company’s monthly update, Core Scientific sold 7,202 minted coins last month for $167 million, leading to a 79% drop in bitcoin holdings on its balance sheet. Bloomberg reported that the Austin, Texas-based company now has 1,959 coins.