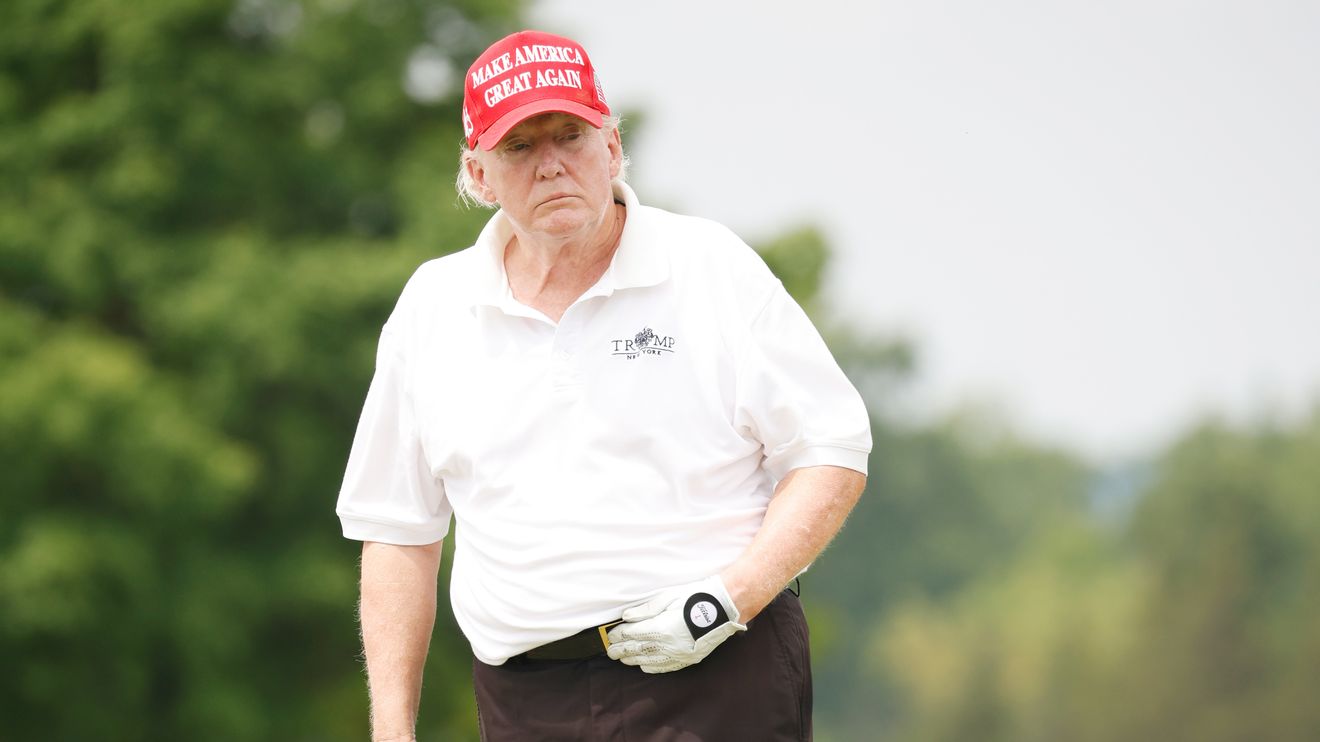 Donald Trump may no longer be president, but he still likes to show the world the presidential seal – an act some are saying is a violation of federal law.

The Washington Post reported Friday that the former president was “seen using the presidential seal on several items during the LIV golf tournament at his Bedminster, NJ, golf course.” The story noted that the seal was “plastered on towels, golf carts and other objects” when Trump played in the Pro-Am of the Saudi-sponsored tournament on Thursday.

As the Post noted, “It is against federal law to use the Presidential and Vice-President seals in ways that express sponsorship or approval of the US government”.

This is not the first time Trump’s use of the seal has been questioned. Citizens for Accountability and Ethics in Washington, or Crew, took Trump to task on the issue in 2018.

Trump’s office did not immediately respond to MarketWatch’s request for comment.

According to Smithsonian Magazine, the Presidential Seal, which has a similar design to the Great Seal of the United States, has a history dating back to the days of President Millard Fillmore. The current design was laid out in 1960 by President Dwight D. Eisenhower.

Trump has brushed off the concerns. “I think LIV has been a very good thing for Saudi Arabia for Saudi Arabia’s image,” he told the Wall Street Journal earlier this week.

The former president referred to the assassination of Washington Post writer Jamal Khashoggi, saying, “I can say that from Khashoggi’s point of view, he is so dead, whose 2018 death and dismemberment US intelligence has blamed the Saudi regime for. “It looks like it’s really completely dead.”

Under strong criticism from the families of 9/11 victims, citing Saudi connections to the 2001 terror attack, the former president offered a categorical rebuttal that “no one has gotten to the bottom of 9/11, unfortunately – they have to be was supposed.”

The tournament lasts till Sunday.