From Allu Arjun to Pooja Hegde, these 14 South celebrities are appreciated for their work in Bollywood 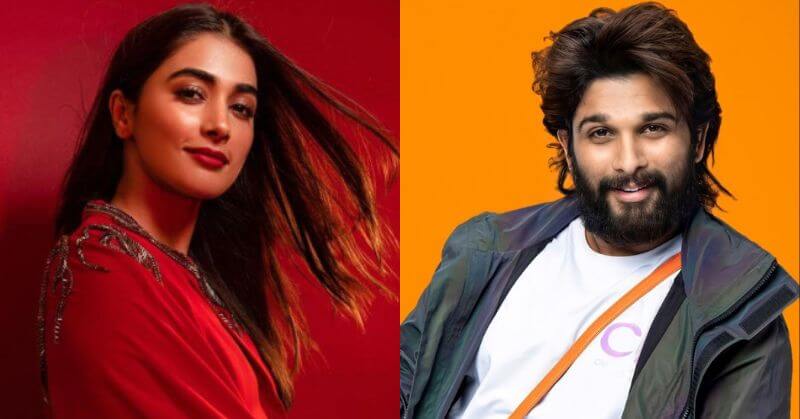 South India has transformed the film industry with its huge projects. Additionally, it aims to appeal to a larger and better audience across India. As a result, celebrities from the south are now collaborating with Bollywood actors in Bollywood films and vice versa. This is a trend that is very new but growing. Here is a list of celebrities from down south who have stunned Bollywood with their performances.

Indian actor Allu Arjun is one of the best looking celebrities of the South. He is one of the highest paid actors of South India. Allu Arjun is also known for his dance. He has won several awards, including five Filmfare Awards South and five Nandi Awards. We all loved Allu Arjun’s performance in Pushpa. Not only the film, but his acting created a stir in Bollywood. We still admire his famous line, “Main Jhukega Nahi Saala”.

The Telugu version of Pushpa: The Rise was released on December 17, 2021. Additionally, it is available in dubbed Malayalam, Tamil, Kannada and Hindi versions. Critics gave the film good reviews and praised Allu Arjun’s performance. Some of the best Allu Arjun movies that have been dubbed in Hindi are Happy, Arya, Arya 2, Race Gurram, Sarainodu, Son of Satyamurthy, Ala Vaikunthapuramulu.

Indian actor Prabhas mainly appears in Telugu films. In Indian cinema, he is also one of the highest paid actors. Additionally, since 2015, Prabhas has appeared in Forbes India’s Celebrity 100 list thrice. This was because of his fame and wealth. He has been nominated for Filmfare Awards South and has also won Nandi Award and SIIMA Award.

Prabhas played the lead character in SS Rajamouli’s grand action film Baahubali: The Beginning 2015. Later, in 2017, he returned to the role in its sequel, Baahubali 2: The Conclusion. It earned over 1,000 crores across all languages ​​in just ten days. As a result, it became the first Indian film to achieve this feat.

Indian actress Samantha Ruth Prabhu is one of the most popular celebrities of the South. She mainly works in Tamil and Telugu film industries. She has won several awards, including South Indian International Film Awards and Filmfare Awards. Additionally, he has won State Nandi Awards from Andhra Pradesh. She has made a name for herself as one of the top actresses in Tamil and Telugu films. Samantha starred as an antagonist Raazi in the second season of the popular show The Family Man a few months before Pushpa.

He gave excellent performance in this series and got a lot of appreciation. His first major role in the Hindi film industry came with the show. However, neither Pushpa nor The Family Man made their debut in front of the Hindi audience. Samantha was first officially introduced in the Bollywood industry in 2012. It was a Prateik Babbar and Amy Jackson-starrer romantic drama Ek Deewana Tha. Not to mention, his song Oo Antwa Mawa became hugely popular on the internet. She has also signed her Bollywood debut film with Ayushmann Khurrana.

Indian actor Yash appears in Kannada films. He has won three Filmfare Awards in the South. One of the highest grossing Kannada films is Mr and Mrs Ramachari. Also, Yash received his first Filmfare Award for Best Actor for it. For the 2018 period action film KGF: Chapter 1 by Prashanth Neel, he achieved success across India. Eventually, it became the most successful Kannada film of all time. This helped Yash get recognition across India. For this he received his second Filmfare Award for Best Actor. He was further praised for his work in the follow-up, KGF: Chapter 2.