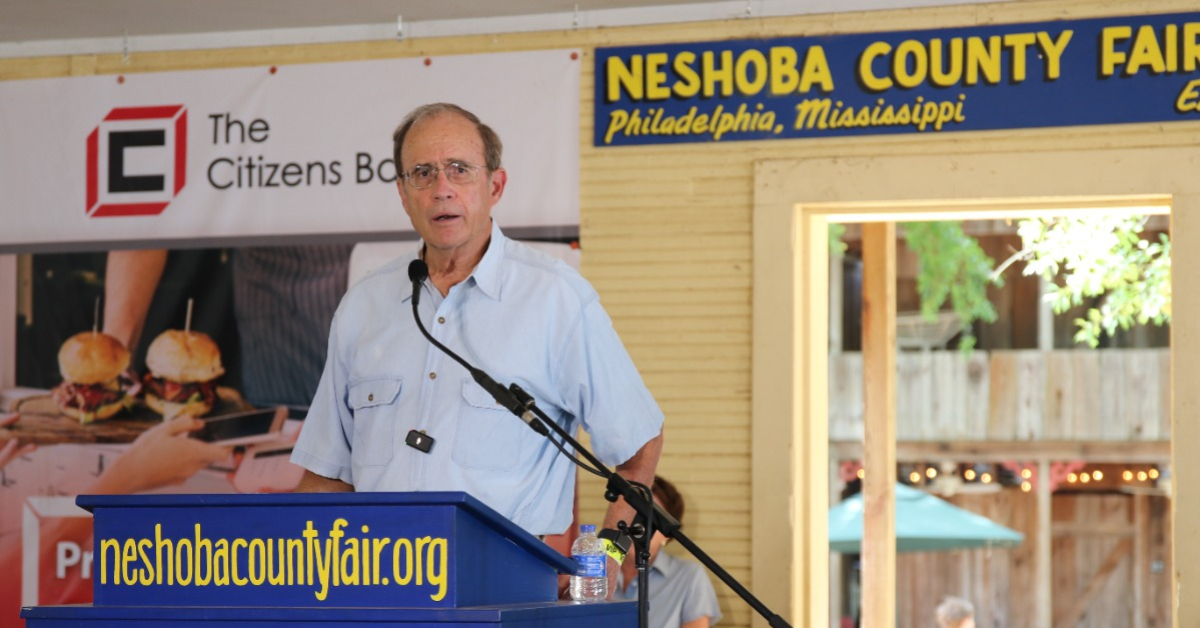 During the speech, Hoseman, who was joined on stage by his wife Lynn, announced his bid for re-election.

“By law, the position of lieutenant governor is part-time, and I promise you that I am going to try full-time,” he said. “Lynn and I were talking about, if you hire me again for four years, I plan to come back and work for you.”

Hausman devoted much of her speech to addressing the next steps after a recently triggered law banning abortion in the state.

“I am very proud that Mississippi took the lead in the Dobbs case,” he said. “I’m very proud that we value the life of the unborn, but with the victory that we got, we have to be pro-child.”

Hossman recently named Sen. Nicole Boyd to lead a nine-member study group to investigate how the state can better support Mississippi women, children and families. He said the group will study barriers to adoption and parenting, childcare availability and early intervention.

“I want to ask you a question: What do you remember about being single? You don’t remember anything because your mother was taking care of you,” he said. “How can we celebrate the rights of the unborn and then Can say when they got lucky here? We’re better than that. Georgia, Alabama, Tennessee, Louisiana, they all have postpartum.

“Let’s not be the last this time,” he said. “Pro-life means pro-child, and we’re going to do that this year.”

The investments made by the state in the Hausman report include:

Katherine Hadaway, as publisher of The Vicksburg Post, oversees the newspaper’s business operations. She is a native of Tuscaloosa, Ala., and graduated from Rhodes College in Memphis, where she earned a bachelor’s degree in business and religion. The Boone Newspapers, Inc. Key, a family company owned by The Post. Katherine comes from a long line of newspaper publishers, starting with her grandfather, Buford Boone, who worked as the publisher of The Tuscaloosa News and earned journalism’s highest honor when she published “What a Price for Peace” in 1957. Won the Pulitzer Prize for the title editorial. Katherine is a member of the Executive Committee of the Rotary Club of Vicksburg, Junior Assistant of Vicksburg, The Heritage Guild, The Sampler Antique Club and the Vicksburg Warren County Chamber of Commerce Board of Directors.