How much more pain can stock market bears bear? 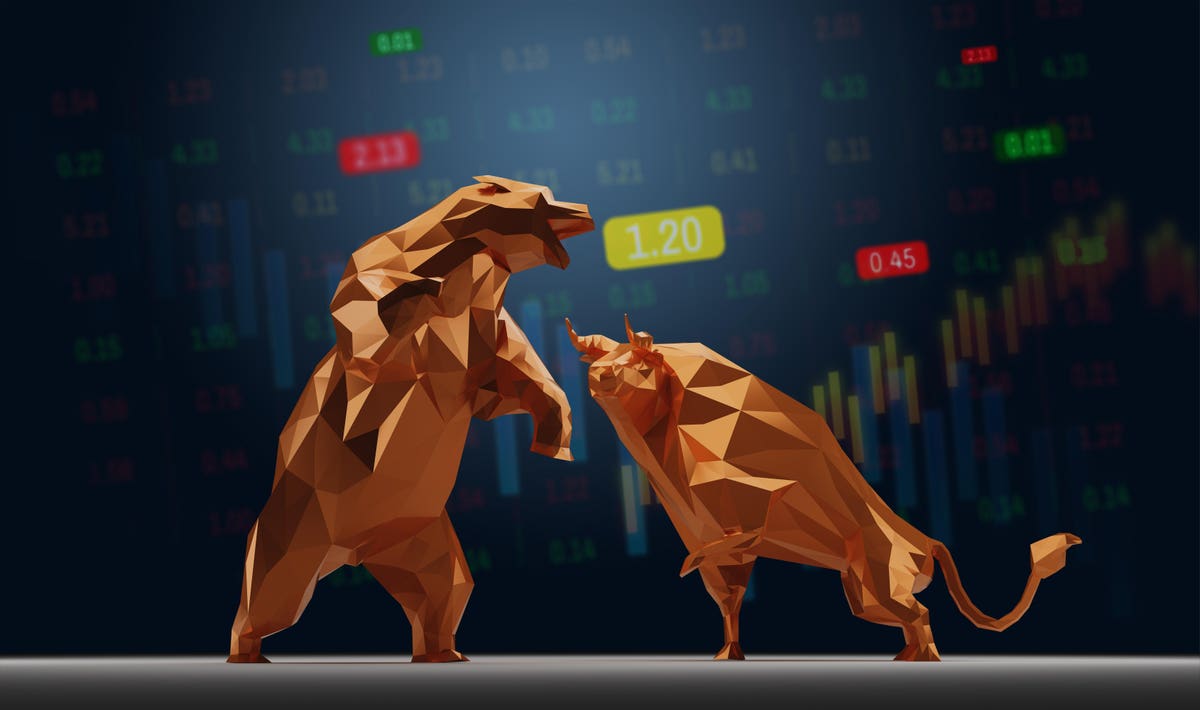 Earlier last week there was no doubt that traders and investors were both concerned about the stock market ahead of the FOMC meetings as well as the big technical earnings. The Wall Street Journal commented that “a mixed set of earnings reports traced a volatile path for markets ahead of a crucial Federal Reserve meeting this week.”

Tech stocks fell sharply on July 22 in reaction to disappointing earnings from Snap as some of the biggest tech companies reporting this week were also dumped.

After Earnings in MSFT After Action in S&P Futures (see tweet) It was post-earnings action in MSFT that indicated that Tuesday’s market pullback was over. Strong opening on Wednesday also supported the bullish case.

Of course, the big tech names who were few, had an even worse week. Last week’s technical study indicated that the shorts would squeeze and they certainly did.

Strong gains last week and impressive monthly performance in June aren’t enough to convince many that the stock could go even higher.

The decline in yields didn’t leave the Dow Jones Utility Average (UTIL) far behind with the Dow Jones Transportation Average gaining 6.6% for the week as it stood at 5.8%. $UTIL is the only one of the averages in the table above that has a high year-to-date (YTD).

The weekly S&P 500 advance/decline line was very strong last week as it closed above resistance (line C) which is a sign that a significant low is in place. WMA is trying to rise and all loopholes need to stop. The weekly NYSE Stocks Only A/D and NYSE All A/D lines (not shown) also closed the week above their moving averages and resistance.

Not all stocks performed well last week, while Amazon.com (AMZN) rallied higher on Friday in its earnings response, with Intel INTC (INTC) closing down 8.56% for the day. Action in the Apple AAPL (AAPL) confirmed positive on-balance-volume (OBV) signals in June, when the long side was favored and was up 3.28% on Friday.

Read |  Nifty today: SGX Nifty down 80 points; This is what changed for the market while you were sleeping

All of these stocks are part of the Invesco QQQ QQQ Trust (QQQ), which returned to its 20-day EMA before a sharp rally on Tuesday. The 38.2% Fibonacci retracement resistance is located at $322.54 and the downtrend line a is located at $328.90. 50% resistance is at $339 and a close above $340 should give many confidence that the stock could move higher.

The Nasdag 100 advance/decline line is still trending upwards from the June low, line C. It has hit the highest level since April and is facing major resistance at Line B. A drop below the WMA and the daily uptrend would indicate that the rally has lost momentum. OBV is in a shallow uptrend as the volume in the rally has not been impressive so far. Volume has been better in the S$P 500.

So what’s next? Evidence has been emerging since June’s “don’t count on a rally failure” that an intermediate-term bottom was forming. Last week’s action added to the “weight of the evidence.”

How much more pain can stock market bears bear? In my experience it takes both time and a high price to convince bearish people to change their mind.

Some were not expecting the S&P 500 to cross 4000 and it may take a few more weeks to change their mind and move above the 4000 level. To see if the rally is faltering – stay on purpose, it will be important to monitor the technical action of key growth ETFs for warning signs.

Last week I was looking for a pullback at the start of the week and then a strong close to further support the bullish case. This week I expect some profit as well as those who don’t try to stop the rally for a long time.

Several ETFs such as QQQ, XLK XLK, SPY, IWM IWM and SMH SMH are now close to their June highs and their Stark+ bands. This raises the chances of a short-term pullback but there are no signs of a top for now.

The rallies have been even more impressive in some individual stocks, so a pullback should also create opportunities to take the stock. I’ll be sharing my market outlook on Twitter during the week and I expect the shares to rise even higher in August as the A/D lines start to trend higher.