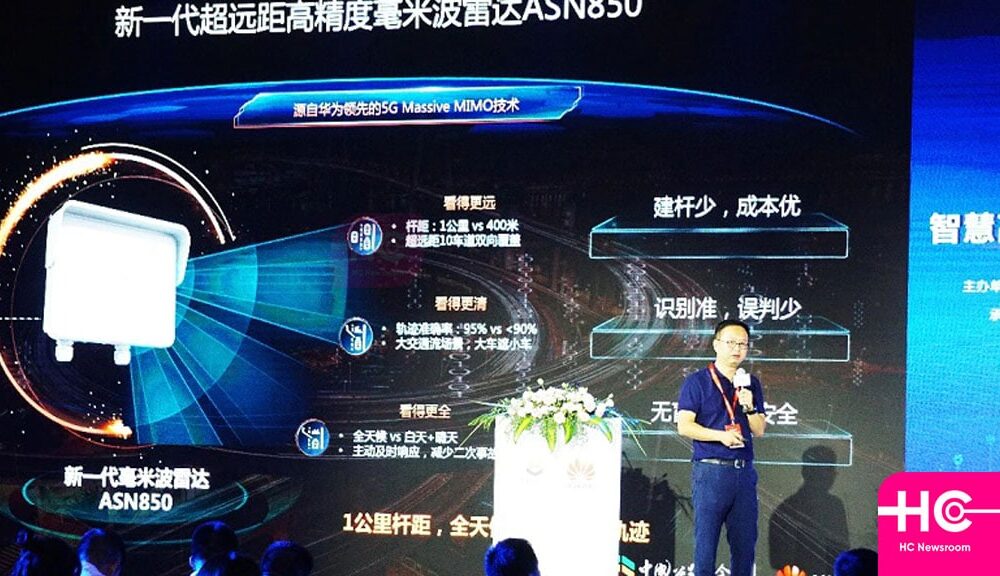 Huawei has officially unveiled the ASN850, the next-generation ultra-long-radar high-precision millimeter wave traffic radar. Along with this, the company has also brought the Fusion Perception Engine SNE800 before the eyes of the operators.

The company introduced automation at the Smart High-Speed ​​Technology Development Forum, which took place at the 24th China Expressway Informatization Conference. According to Huawei, the high-precision millimeter wave traffic radar will eventually prove to be an important roadside sensing unit.

As a result, with advances in technology, radar systems have also shifted from “node-on-perception” to “full-time global perception in road networks”. In addition, the new-gen radar is quite capable of detecting and understanding the traffic flow in all types of weather. 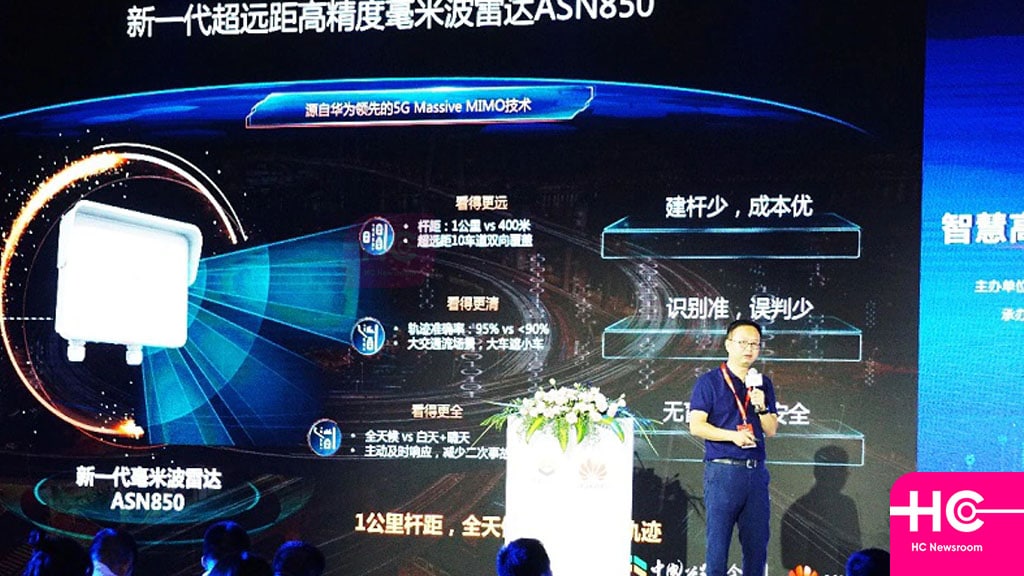 This helps ensure the stability of the all-weather trajectory. Furthermore, it primarily targets accuracy rates that can reach up to 95 percent using a variety of advanced algorithms. At the same time, it also achieves a recognition rate of 95% in overall conditions. For example, large vehicles covering small areas, vehicles containing hazardous chemicals, throwing objects, overcrowding and traffic accidents.

“Huawei has applied its pioneering wireless technologies to the next generation of ultra-long-range high-precision millimeter-wave traffic radar and the Fusion Perception Engine, which has greatly improved the flow, density and speed of road traffic management. In the 5.5G era, the integration of wireless perception and communication technology will bring more new landscapes and applications beyond the traditional, and accelerate the digital and intelligent transformation of thousands of industries.”