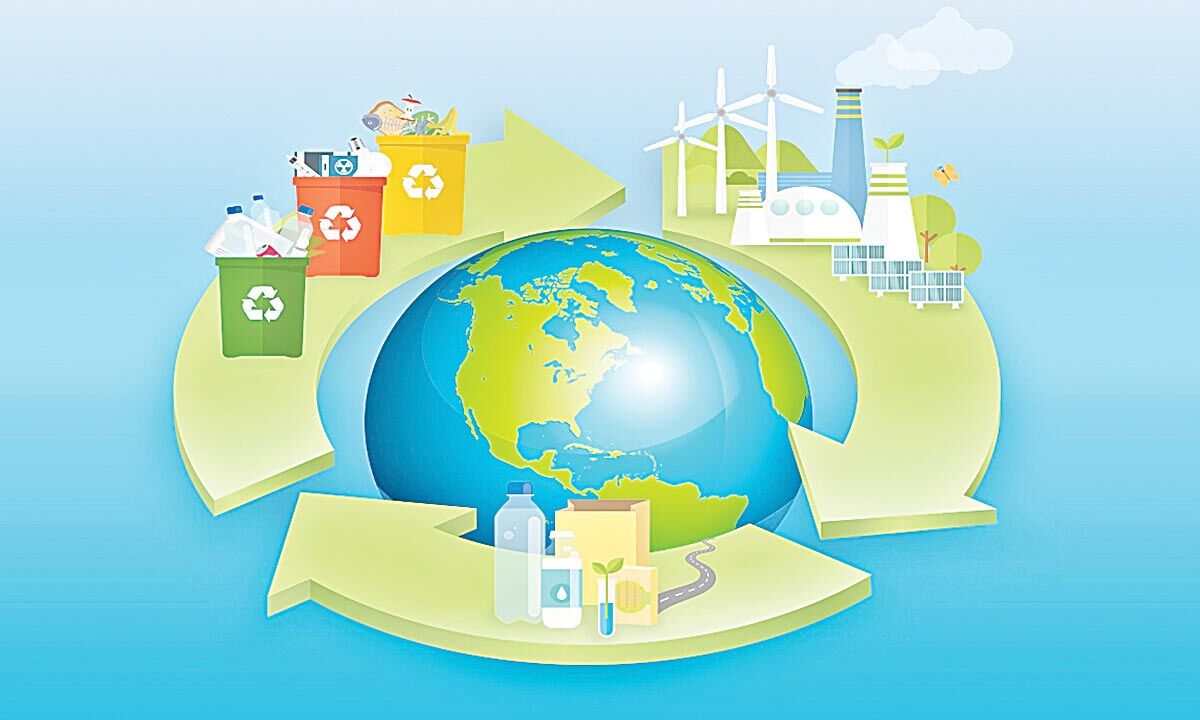 The circular economy does not leave out, it is driven towards optimum utilization of a resource and minimizing waste. As a model originally based on sharing, leasing, reuse, repair, refurbishment and recycling, it is a shift towards sustainability that the world can certainly make the most of. Unlike the traditional linear economy which creates, consumes and then throws away, a circular economy comes with the promise of more choices in terms of environmental benefits, promoting growth and products with longer life cycles. With this change clearly appearing as a worthy maneuver, it is necessary to think about the equipment needed to make this paradigm shift happen. The answer, quite simply, lies in revolutionizing our present: technology.

According to Mapfrey, in relation to the establishment of a circular economy, work must be done on two fronts: first, there is social awareness, the main obstacle of which will be to change the mindset of millions of consumers around the world, especially in countries. with high economic levels; and second, in achieving the set objectives, as there are many steps to climb from ‘planning’ to its ‘implementation’.

For both challenges, technology is the main tool that must be used, because only through the most innovative advances will we be able to reach as many people as possible. More importantly, the technology will reduce the cost of processes required by the circular economy model, such as recycling.

The Indian context corroborates the above claims. As Rajeev Mittal, Managing Director of Autodesk for India and SAARC Nations noted in a Business Today report, Bangalore International Airport’s use of building information modeling enabled the team to make more informed decisions using the data, This resulted in increased construction efficiency and reduced cost. Fewer mistakes also meant less material wastage and less negative impact on the environment. Similarly, programs promoting reuse and recycling have been successful in reaching a large number of people through the digital medium.

While we can unanimously agree on the relevance of technology to achieving a circular economy, it is time to step up our game and accelerate the change needed. For this, a more strategic and visionary approach would be very useful. Conceptually, we need to ask why, despite years of emphasis on recycling, reuse and eco-friendly practices, a circular economy still remains with much to gain. The answer lies in the fact that we have not made overall changes and the circular economy is yet to make economic sense at the level of practical application. This is where there is a need to take advantage of new technology.

World Economic Forum member Javier García Martínez commented that emerging technologies are critical in enabling disruptive close production cycles. For example, why do we still depend on crude oil, a linear process that begins with drilling and ends by increasing our CO2 levels? Because, alternative circular processes do not have economic meaning and this is where disruptive technologies can play an important enabling role. For example, clean abundant hydrogen can be produced as a fuel by splitting water using solar light. New technologies are to be promoted, funded and adopted across the board, including grassroots innovation efforts that achieve these favorable disruptions.

Similarly, any effort towards revolution in favor of circularity will require extensive collection and processing of data, which is only possible today using digital technology. At the same time, consumers should also engage in a culture of circularity where technology can be helpful. For example, as GreenBiz reports, tuna brand Anova created an app based on blockchain technology that allows consumers to scan the QR code on a package of tuna fish for instant information about the fish’s journey to the point of sale. Allows you to use your mobile device. As insights to verify authenticity, freshness, safety, fair trade fishing certification, and sustainability.

Read |  "A big focus on the human impact of technology": Sissy Wei is The Markup's new editor-in-chief

The app’s blockchain traceability system gives consumers confidence to understand where a particular fish was caught, and then attributes associated with that fish, such as a day in that fisherman’s life, to tell a more complete product story to customers. adds to.

The circular economy, if completed, would leave no room for waste and no resources underutilized, ushering in a unique era of stability and economic growth. Technology is the right partner to believe in this mission, in which efficient deployment can transform our economy for the best.

(The author is Chief Impact Officer at Recycle Foundation)