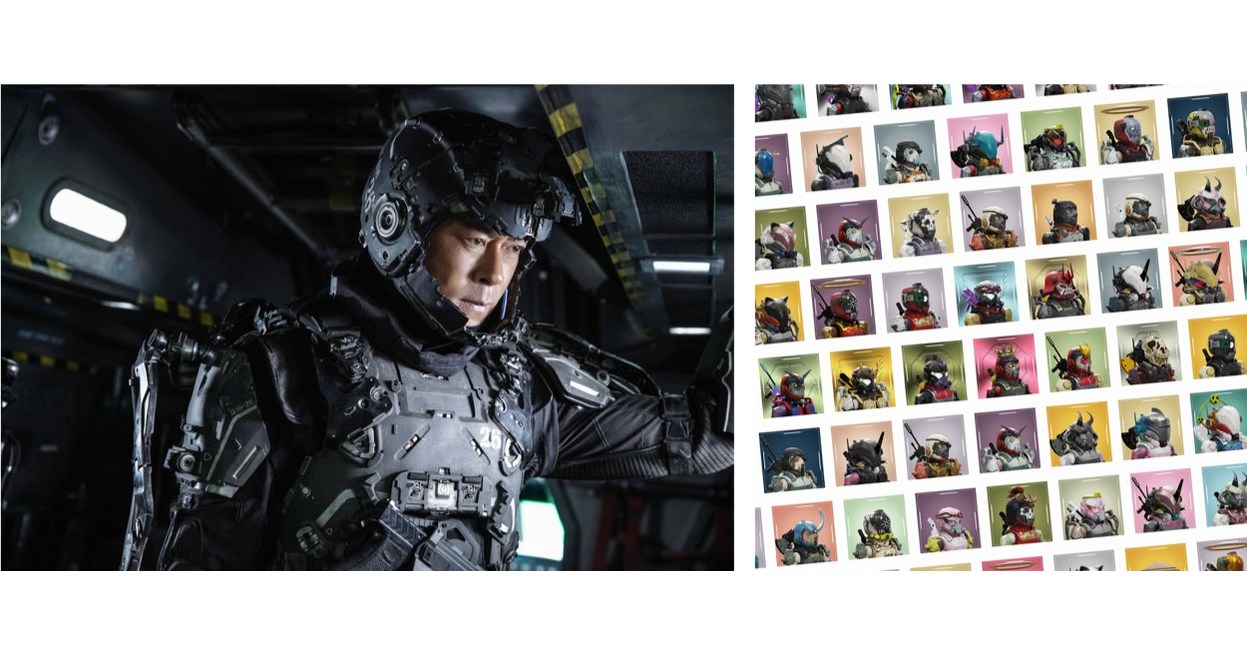 Hong Kong, 31 July 2022 /PRNewswire/ — OneCool Collective: of asia The first Web3 project set to disrupt the entertainment and film industry has announced its first ever “Warriors of the Future” NFT collection. Inspired by Powered Armor from the movie, Warriors of Future NFT is a collection of 10,000 unique 3D avatars featuring four types of soldiers. The NFTs will be mined on August 6, 2022 at https://www.onecoolcollective.com/.

High-resolution images can be downloaded Here

Warriors of the Future is a Multimillion-Dollar Hong Kong sci-fi action film produced by louis koodirected by visual effects artist ng un-fi in his directorial debut and stars louis koo, Sean Lau And carina lau, The film is set in a future where Earth is devoid of life due to climate change and pollution, while a meteorite brings an extraterrestrial life to our planet. The film took 6 years to produce, and is ready for theatrical release Asia this year.

Warriors of Future is a pioneer in adopting an innovative exchangeable mechanism in its NFT collections, allowing holders to exchange properties within the NFT. There are 5 interchangeable parts: weapon, armor body, weapon, helmet and background. These interchangeable elements will be visible in real-time in the NFT Marketplace. Holders will be able to use their NFTs as avatars in the upcoming Warriors of the Future mobile game. OneCool Collective’s Warriors of the Future NFT, powered by the Ethereum blockchain, supports new rich experiences and provides users with exclusive utility by merging the virtual and physical worlds seamlessly. In addition to the NFT launch, the campaign also engages fans through a series of AR activations, and the physical sale of movie merchandise, which allows the interaction and deployment of virtual collectibles across the OneCool ecosystem. It aims to build a OneCool community that will empower and enhance entertainment and movie IP through Web3 integration.

OneCool Collective: Warriors of the Future NFT is the first in a series of long-term web3 and entertainment IP integration projects, a collaboration between OneCool Group and Gusto Collective, to bring best-in-class films and entertainment experiential cultures to digital. from the point of view of. World. With over 9 years producing and distributing over 20 films, One Cool Group is of asia Leading film enterprise with an all-round scope of operations including film and animation production, film distribution, post-production and artist management. enthusiasm collective, of asia First Brand Tech Group applies the latest technology to drive value and growth for brands through immersive and engaging experiences in the physical and virtual worlds. Gusto has over 90 customers in Asia.

“We are very excited to unlock the limitless potential of the blockchain-powered entertainment industry for our next generation of users. Our upcoming film, Warriors of the Future, serves as a pioneer in such collaborations, which will allow us to see what is happening in the future.” We look forward to connecting the entertainment industry in ways and experiences that weren’t possible before.” Told Ella WongChief Financial Officer of One Cool Group.

“Web3 is the future of entertainment. It is a game-changer with the vision of a more open, decentralized and secure Internet, enabled by advances in technologies such as blockchain and machine learning. We, at Gusto Collective, are delighted to be on it. We are at the forefront of benefiting creators, entertainers and their fans in the industry. The emerging concept of digital asset ownership holds immense potential. Our collaboration with One Cool Group aims to supercharge the impact of entertainment IP by fully unleashing it Web3 Toolkit for Creating Content, Experience and Value for All Stakeholders of IP.” Told Aaron LauFounder and CEO of Gusto Collective.

Gusto Collective is of asia First BrandTech Group – Providing best-in-class storytelling and immersive experiences powered by the latest technology. Gusto is a leading player in shaping the future of next-gen customer experiences that are increasingly working in the areas of AR/VR, Metaverse, NFT and Web3. The company was founded in January 2020 By Aaron Lau, a technology and marketing veteran, and renowned business leader. Gusto Collective has four core service specialists: luxury brand management, VR/AR experience platform, Web3 turnkey solution and Metahuman marketing platform. Currently, the Brandtek Group has over 170 full-time “gustodians” in three offices. Hong Kong, Shanghai And Londonand recently completed its Series A fundraising $23 million USDAnimoca and Go Capital are leading the round.

One Cool Group Limited is a fast-growing company that is excellently equipped for the film industry and is one of the leading film enterprises Asia, Our philosophy is “visionary in creativity, striving for diversity”. Film production is our core business, with future expansion in related field.

The group aims to provide a complete service including project development, film financing, production, post-production and distribution, sound and visual effects, film promotion and artist management. As a diverse content provider, we have been able to tailor our services to advocate for both traditional culture and new forms of entertainment in filmmaking.

The headquarter of One Cool Group Limited is located at Hong Kong with its affiliated companies Asiacovering Mainland China, Thailand And South Korea, one cool The team is dedicated to bringing the field’s top experts and professionals, talents with solid experience in the film business, and new “scenes” to the Asian audience and market.

Read |  Alexa Chung on her "palate-cleansing" Met dress, folding her brand and inspecting her unwashed tailoring