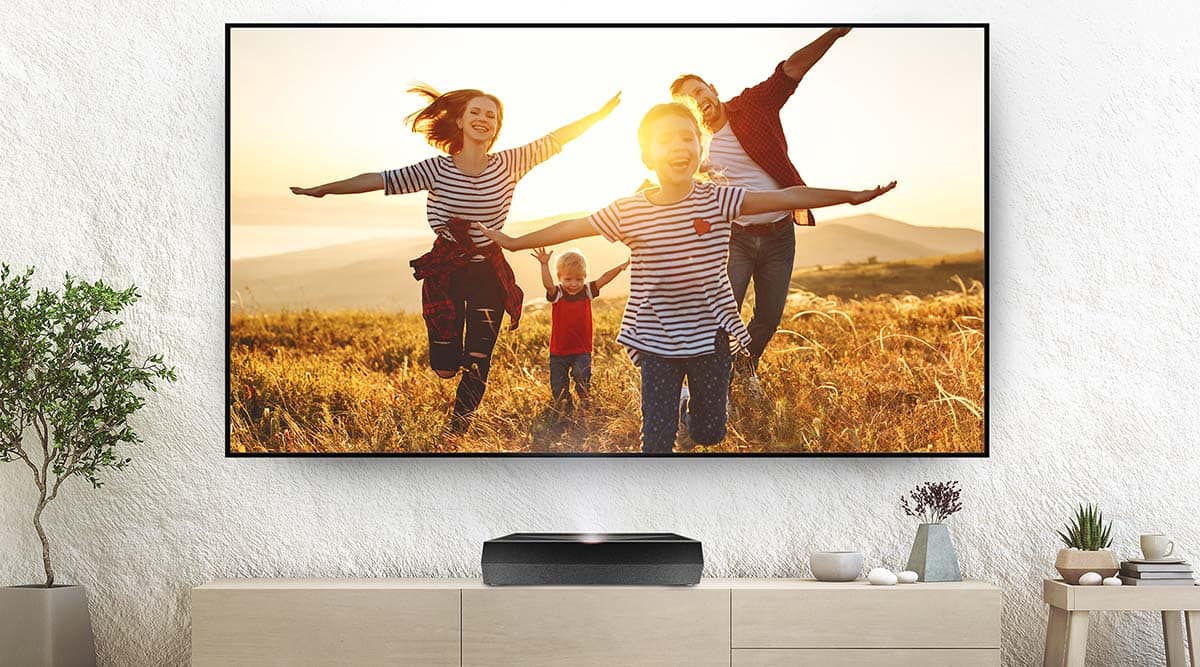 One of my best experiences during the lockdown was the week I spent reviewing the Optoma CinemaX P2 Projector, the best projector in my books money can buy. There’s now a more affordable option from Optoma, for those who really don’t want to go full hog. The Optoma D2 4K projector also tops out but with slightly less theater than the P2.

The Optoma D2 has a design language similar to the P2 and is also a large box that projects directly onto the wall as it is an ultra-short throw projector. It’s easy to set up and once you’ve got the picture exactly where you want it – it’ll be a function of how big of a wall your home is – you’re ready to go. There is no need for any keystone correction or focus settings here as the projector takes care of all these. The setting I needed to use was with the wall color because the room I used it in had a sky blue wall.

The remote is backlit and is very handy as you don’t need to go near the projector for anything. Even if you did, there are no buttons to play with. And even though you really don’t need to tweak the settings much, the remote comes with dedicated buttons for most of these.

Unlike the P2, the D2 doesn’t have an operating system with apps. So I used the opportunity to test the new Google Chromecast with 4K using the projector. After about an hour of doing the best I do with Netflix—figuring out which movie to watch and nothing to watch in the end—I decided to start over. saving Private Ryan in UHD. This is a big screen movie if ever there was one and I was projecting about 80 inches across the wall between two doors, complete with a few electrical plugs and quickly removed for no-picture spectacle. was given. 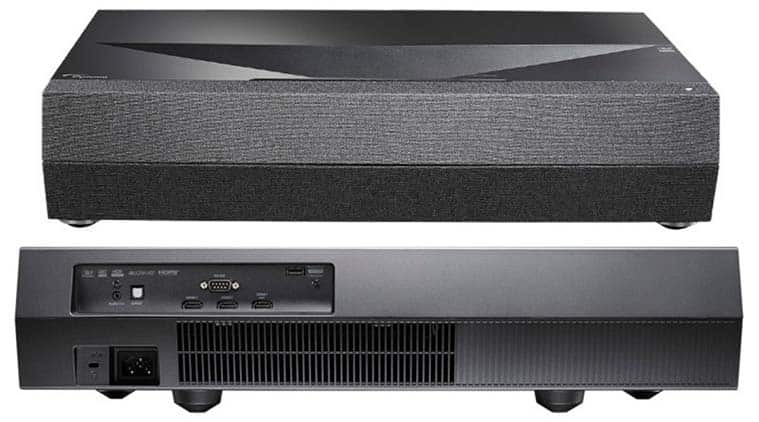 The experience was awesome, and he is putting it mildly. Yes, we have the option of watching movies these days without any health scare, but still, if I had this projector at home, it would have been really difficult for me to step outside to film, especially one that I could make me sad. Looking at the prices in theaters now. Picture quality is perfect, though you’ll have to move around the projector a bit to get the edges to be as sharp as you’d like. But what’s even better is that the audio quality is as good as what you get from plugging in a sound bar.

At 3,000 lumens, the laser projector is bright enough to perform well even in broad daylight. For most of what I was doing with the projector, I preferred Cinematic Mode because it delivers better colors and clarity, especially when reading titles on apps.

One of the highlights of the Optoma D2 is how it meets the needs of gamers. I’m not one, but I plugged in my son’s Nintendo Switch for a while to see how the experience went. It’s not always that you get to play Super Mario on such a big screen. But generally, projectors are considered too dull to be useful for gamers. And this is something that the D2 tries to fix with less input lag depending on the refresh rate. I’m not the expert to find out if this was really what I was looking for as a gamer, but as a layman the experience was quite spectacular. 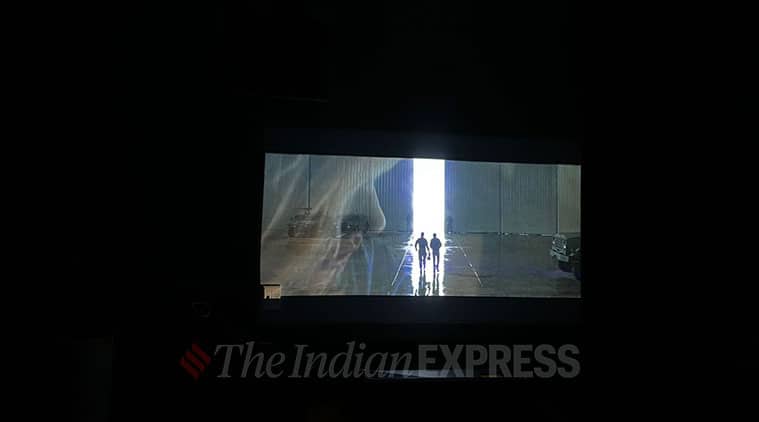 On the other hand, the Optoma D2 is clearly not for homes like mine. This is the type of projector you would invest in if you set aside a room to set up a home theater in your new home. While the set-up is easy, it should be placed somewhere where it can stay for the rest of the time. The angles need to be close so that you don’t have to move the projector around every time the maid dusts the house. I’m not a big fan of projector operating systems because apps are never native and until more projectors come with Google TV, it doesn’t make sense. But still sending such an expensive projector without some kind of operating system seems like a crime.

At Rs 3.50 lakh, the Optoma Di2 may be more affordable than the company’s top-of-the-line projectors, but it is still one of the more expensive projectors you can buy. So go for it if you really love your movies and the projector has room to pay for every penny you spend.