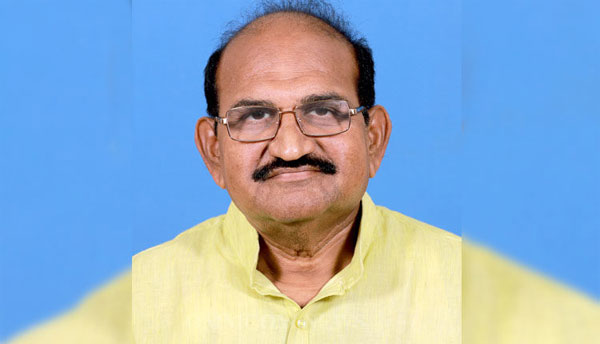 Bhubaneswar, September 21 (IANS). Comparing the election with crop cultivation, Leader of Opposition in Odisha Assembly Jaynarayan Mishra on Tuesday said ‘fertilizer’ is now being applied by the BJP for ‘harvesting’ crops in the 2024 elections.

Mishra made the remarks while talking to media persons about the party’s preparations for the 2024 general elections. Earlier, he met Union Home Minister Amit Shah and party’s national president JP Nadda in New Delhi on Monday.

Coming from a farmer background, Mishra said, “The crop cannot be cultivated in a day. To get a good yield, one must sow the seeds at the right time, irrigate the field, remove weeds and apply fertilizers. Must be used. Per process.”

“We are in the fertilizer application stage now. And in 2024, we will harvest,” he said.

The BJP MLA also said that there is a need for CBI and ED probe in Odisha as corruption is at its peak in the state. Mishra, however, said that he cannot say whether the central agencies are going to do so or not.

The Congress and the ruling BJD, on the other hand, criticized Mishra for his remarks and said that the 2024 election results will tell who is the harvester in Odisha.

Congress MLA Taraprasad Bahinipati said, “How will they apply manure and produce crops as there is no seed in the crop field. The result of 2024 will show who applied fertilizer and reaped the crop.”

Commenting on the CBI and ED probe in Odisha, Bahinipati said that the central agencies are not going to the states where the BJP is facing a challenge.

Read |  Biden says al-Qaeda leader al-Zawahiri was killed in drone strike, warns terrorists we will 'get you out'

Similarly, BJD leader and government’s chief whip in the assembly Prashant Muduli said, “The results of the recently concluded panchayat elections and several by-polls give a clear message that people are with the ruling BJD and they will remain with us.”