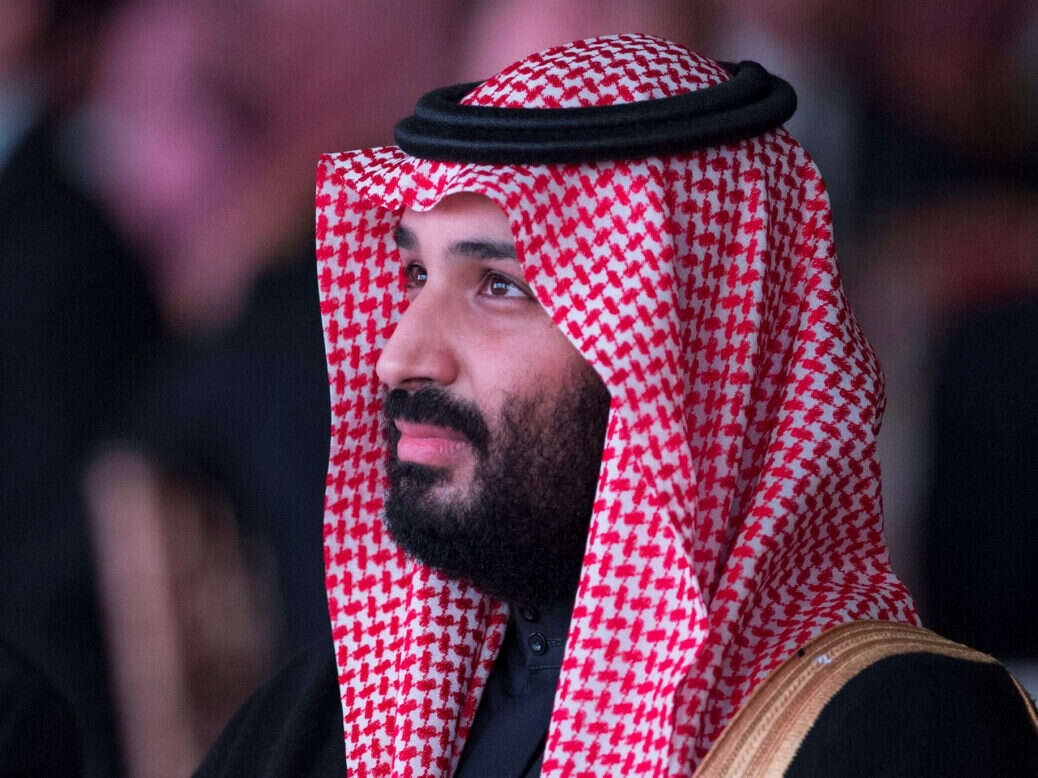 The video rendering the design for The Line, a proposed new city in northwestern Saudi Arabia, may be the opening scene of the straight-to-TV sci-fi film, seconds before zombies climb on top of each other and despair. beats the defenders. , The designs show a city built exactly parallel to each other between two straight walls, reaching 500 meters into the sky and spanning 170 kilometers. The walls are clad on the outside in a mirrored façade that reflects the surrounding desert. The Saudi government appears to be serious about going ahead with the full-fledged actual project, which was first announced last year.

The Line – a private project of Saudi Crown Prince Mohammed bin Salman (MBS), the pro-female reformer who sanctioned the 2018 murder of journalist Jamal Khashoggi It is believed to be home to nine million people when completed – at the Saudi consulate in Istanbul. The two ends of the urban quadrilateral are to be connected by a rail line operating at more than 500 km/h, much faster than the best high-speed rail systems currently available.

Obviously the whole city will be car free. It could be difficult for MBS – which recently requested 350 limousines during a trip to Greece – to use it. Available public information about The Line is mainly related to the ego boost of MBS (now rehabilitated anew as Western leaders line up for their country’s oil, such that they never heard Khashoggi’s name). Will happen).

The project’s website is full of technical discussions and empty PR jargon. The Line’s description reads more like a final-year bachelor’s degree project than an actual plan that a petro-dictatorship is ready to sink billions of dollars into the building.

The city’s “automated services” will be run by “artificial intelligence,” insists a section of the website titled “More time to spend with loved ones.” It boldly claims that “everything will be accessible within a five-minute walk” to residents.

Another section claims that residents of The Line will enjoy “an ideal climate throughout the year”. While it’s probably easier to guarantee more sunny days per year in Mecca than in Malmö, not even the most autocratic Middle Eastern dictator can control the weather. Again, a city standing as offering “zero-gravity life” doesn’t care much for trivialities like “atmosphere” or “laws of physics”.

The line is a central part of the Saudi government’s ambitious project to build Neom, a once promised $500bn city MBS that would be “a civilizational leap for humanity”. Most of the Neom – of which The Line is a part – was to open by 2020, and more parts of the city will be completed by 2025. yet when a economist The correspondent who visited the site this year found that just two buildings had been completed (a visitor center and a palace for MBS – as is a clear indication of the dynamics behind the project). However, the line is technically only two buildings.

Rekha will not be the first city to exit the Middle Eastern desert. Dubai, one of the most developed cities in the world today, was barely more than five decades ago with dirt roads and sand. Egypt is building an undisclosed capital to ease pressure on Cairo, one of the world’s most congested cities.

Still, there’s something particularly genuine about The Line’s apparent impracticality that gives it the green light by someone who says no. For the same reasons that The Line has garnered more attention than Egypt’s new capital, it will almost certainly never be built. Yet for some reason, the project continues, with every additional detail coming to light that proves that techno fraternal culture meeting autocratic Middle Eastern autocracy is the intersection of some of the worst trends of our era.