What are bitcoin miners doing to survive a bear market? 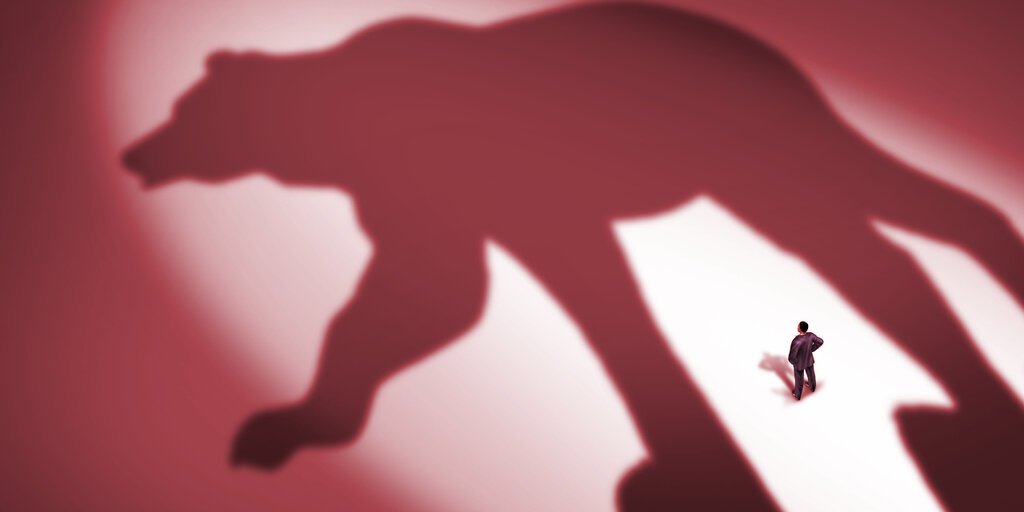 Cryptocurrency miners incur a lot of fixed costs, such as electricity, real estate, and old computers, or rigs, that do the actual mining.

This is why it can be hell for their margins when the market drops and the value of any funds they hold in cryptos like bitcoin drops dramatically. And now that the crypto market appears to be a prolonged bear market, miners are being forced to adjust.

According to CoinMarketCap, the global market capitalization of crypto today stands at around $1 trillion – up from what it was in April. The market took its first major dive when Terra began a downturn in May, then in June when Celsius became the first major crypto lender to freeze customer withdrawals to avoid a bank run.

In June, Arcane Research published a report showing publicly traded bitcoin mining companies selling more bitcoins than they mined in May. At that time it was a shocking figure.

But now, in July, data shows that public miners sold 400% of their output in June and reduced their total BTC holdings by 25%, according to Arcane Research analyst Jaran Melrud.

Selling companies include Core Scientific, which sold $165 million of its bitcoin holdings to “increase liquidity”, and Bitfarms, which liquidated more than half of its BTC supply to pay off debt.

Saber56 CEO Phil Harvey said one of the reasons for the squeeze is a lack of space to plug and run mining rigs. From what he saw, the adage about when it was time to build bear markets has been a sad irony.

His project management and operations firm explores datacenter locations and works with local utility companies to ensure they can accommodate crypto mining companies. But as the market slumps, they have seen companies go to great lengths in the past year to buy mining rigs, halt or abandon construction projects.

“at the back end of [Bitmain Antminer S17] era and then [Antminer S19], there was just a glut where clearly Bitmain had grabbed supply and demand and that was flooding the market. But people still had this old thought in their minds, ‘Oh, you know, we need to get machines. It’s our key to me,'” he told Decrypt on a call from the Mining Disruption Conference in Miami. “But then no one came to know that if they do not have any infrastructure, then these machines are going to sit in godowns and not earning any revenue. And unfortunately that is what is happening.”

The lack of planning has had an impact on the second hand market for rigs. Mining companies that have ordered more machines than have space to run are selling new hardware like theirs with rigs that operate round the clock. This has been an issue for miners who were able to rely on selling used rigs to generate some revenue.

Harvey said, “So when people want to sell their secondary machines now, it’s a crap show because nobody needs a second hand machine that’s driven into the ground when they can buy second hand machines, that have never been used.”

Bloomberg reported in June that the problem has also extended to hardware makers like NVIDIA, which have seen their graphics card prices drop by 50%.

His firm, founded and staffed by former Wall Street derivatives traders at UBS, Goldman Sachs, Merrill Lynch and JPMorgan Chase, is talking to crypto companies including miners about how to better plan for a market downturn.

“I think what we’re looking for is the need for cash flow, the broken conversation around bitcoin, is really bubbling up. And we’re not in the early stages with this stuff anymore. A lot of miners have that kind of thing.” There are investors who just want to invest,” BAE told Decrypt. “They’re not doing this for free.”

This means companies must commit to selling a portion of their reserves at the closing price six months from now, rather than being liquidated before the earnings call and leaving themselves at the mercy of price volatility.

To do this, BAE and the Enhanced Digital Group team lock rates in the forward or futures market. Forward and future contracts are types of derivatives that allow investors to buy or sell an asset at an agreed price in the future.

For example, a miner could enter into a 6-month futures contract to sell a portion of his bitcoins in January. This would mean they could sell at a set price in June, when markets were in free fall over rumors at the time that crypto lenders Celsius and Voyager, and hedge fund Three Arrows Capital were bankrupt.

There have been some bright spots in an otherwise difficult period for crypto en masse. This is a good time to become a hosting company like Applied Blockchain, for example, which already has the infrastructure.

The Dallas-based hosting firm struck a deal with Marathon Digital for an undisclosed amount to provide 200 megawatts of hosted capacity in its owned and operated datacenter.

Applied Blockchain CEO Wes Cummins sees the crypto years as the dog years — it’s the fastest-moving and most volatile place in more than 20 years of tech investing, he told Decrypt on a call from Paris, where he Traveled for board meeting.

“We are specifically building data centers and providing a kind of white glove hosting service for our customers. It has become a bottleneck where, a year ago, it was definitely getting ASICs—that The obstacle was there,” Collins said. “There are a lot of people who either have the equipment they pay for is going to be distributed in the future, or they already have mining hardware that they need to plug in somewhere.”

For now, he said, low bitcoin prices could push mining firms out of breakeven, meaning the chances are slim that companies could earn at least as much as they paid for the mining rig in the first place. .

This could slow down the growth of the mining industry in North America, which has been experiencing a major boom since China banned crypto miners last year. Cummins said there’s a lot of hardware in the US — which will eventually drive up the country’s overall hash rate — but it could take some time for it to come online.

He also expects the mining industry to see the kind of consolidation that is already happening with lenders, with Sam Bankman-Fried’s Alameda Research taking stakes in Voyager Digital and FTX and doing the same with BlockFi. Is; Or crypto lender Nexo is acquiring its rival, Wald.

“Mining companies, no matter where you are in the supply chain, it slows down. You can still have exposure on bitcoin’s balance sheet. You can have loans from some of the big lenders in the area, but as long as you don’t have a lot of money, you’re going to have a lot of money.” do not default on the loan, it will take more months, maybe do some work with the lender,” he said. “It is not just a one night thing where you are dealing with a large number of people who Trying to withdraw funds or crypto from your platform.”

WhiteRock CEO Andy Long said the company, which commands 55 MW of mining capacity in Sweden and now the states, plans to continue expanding into 2023.

“People who are in trouble have run their credit card buying machines,” Long told Decrypt. They’ve gone to the market, got access to a lot of capital, placed large orders at the top of the market when the machine cost three times what it is today, and now they have to pay Piper.

Long said part of the six-year-old company’s strategy for surviving bear markets, especially for its Texas facility, is to choose its power sources wisely.

For example, its Texas facility runs on flare gas, or natural gas that is released during oil production, which is turned into generators and used to run mining rigs.

“When the governor was telling everyone a few weeks ago to shut down their miners, we didn’t need to because we are not on the grid,” he said. “So that’s just part of our diversification. Hydroelectric power in Sweden, flared gas in Texas and a few more in another state. So we kind of spread out our exposure.”

Despite all the bear market bites, Long said he expects the bitcoin network’s hash rate to increase by about a third by the end of the year. The hashrate is a measure of the total computer power on a blockchain. Each hash represents a “guess” on the cryptographic string. On proof-of-work blockchain networks such as bitcoin, the miner who correctly guesses the block value wins the right to verify a transaction and receives a reward.

“It has slowed down. But this retracement that we have, unless the bear market really takes a turn for the worse, I think we are going to see 30%.