where is the recession? digital vs. Physical 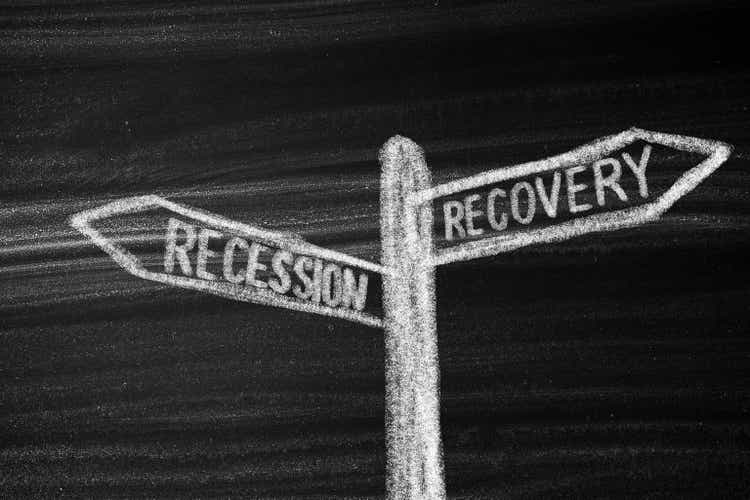 The GDP report on 7/28/22 came out with negative 0.9% real GDP in the second quarter of 2022. This makes for the second quarter in a row of negative GDP that put us in a technical recession. Various entities are debating whether this is really a recession given the strong labor market, but I am more interested in finding out where the slowdown is.

As earnings season progresses, a different pattern occurs, with companies beating estimates and increasing earnings and those struggling. I believe that companies in the physical world are doing well while the recession has been isolated in the digital world.

The market is pricing in a downtrend almost equally and basically everything is down in 2022 and I think that creates opportunity. Certain segments of the market not only survive bearish but thrive and yet the price of the respective shares is in for bearishness.

During the pandemic, digital took a massive amount of market share from physical. It wasn’t exactly a fair fight as physical locations were forbidden to open.

In 2022, however, the world is opening up again and the physical gets to fight on an even playing field. It turns out that now that we can see people in real life and visit real places there’s no need to hang out in the metaverse.

Facebook (meta) and Snapchat (Snap) stuck on their earnings reports.

All these digital companies and beneficiaries of the pandemic are starting to struggle on fundamental grounds as consumer dollars are being rerouted to real-world businesses. Peloton (Pton) is reeling from disaster, but my local Planet Fitness (PLNT) is packed every day. Humans are naturally social creatures and even though you can buy something online, sometimes we like to go to a real store, touch the goods and see real people.

As the pandemic accelerated the growth in e-commerce market share, the market believed this was a permanent change. He said this created a learned behavior and preference for the convenience of online shopping. However, it is all the way back to the former trendline.

I believe it would actually be well below the trendline if things like BOPIS (buy online pick-up in store) are properly treated as brick and mortar sales. Furthermore, if goods purchased online and returned in store were counted as negative online sales rather than negative brick and mortar sales, the actual e-commerce market share would be significantly lower.

Teladoc (TDOC) is collapsing as it lowers the midpoint of its guidance on the realization of physical in-person medicine to regain its market share.

This is where the slowdown lies – the beneficiaries of the pandemic who facilitated digital activity. It takes a large part of the economy to drag overall real GDP into negative territory.

The physical world, however, is not in recession.

As a REIT analyst I get a closer look at the physical world because REITs deal in physical assets and are closely tied to the economy as a whole. REITs want people to travel, shop, and work in person.

Second-quarter earnings season is almost in half and so far, it’s been a strength across the board for REITs.

Towers from Crown Castle (CCI) and American Tower (AMT) are growing with Beats and Rise from apartments, with Nextpoint Residential (NXRT) continuing to power pricing, same-store NOIs growing by an average of 16.4% of industrial warehouse Rexford. Hitting record rent levels with REXR (REXR) is re-leasing its properties to more than double the expiring rents. Retail is thriving with KIMCO extending guidance on strong leasing and occupancy numbers. From the earnings release: It signed a total of 498 leases totaling 2.3M sq ft with a “compound pro-rata rental rate, an increase of 7.1% over comparable locations and a 16.6% increase in rental rates for new leases and renewal and Options climbed 5.6%.” Life sciences real estate is succeeding even as venture capital investment is up 45% in 2Q22 on biotech startup investment with Alexandria Real Estate (ARE) raising guidance and farmland benefiting from higher commodity prices , thereby allowing the growth of Farmland Partners (FPIs). Increase its fares by 15% and raise the midpoint of AFFO guidance to $0.03.

The only real estate sector that is feeling the slowdown is offices and this has more to do with the oversupply of properties than the lack of demand. SL Green (SLG) posted strong numbers in 2Q with rising FFO/Shares, but I still intend to stay away from this zone.

There has been so much talk about a recession that the market has almost universally fixed its price. Some sectors have declined more than others, but almost everything is down at one sector level. This indiscriminate pricing has created huge opportunities in physical world companies that are down as well as digital stocks. Even with earnings season rallying, REITs are down about 15% year on year.

I find this an interesting contrast, with the Blockbuster report discussed above being consistent with a 15% reduction in market cap.

This is a rare opportunity to get expansionary fundamentals on bearish market pricing. As income continues to grow, I think it will become increasingly clear that even though we are in a recession, some sectors of the economy are not participating.

The digital slowdown is indeed great news for REITs and helps them regain the market share they lost in the pandemic.

The FFO/share is growing at a pace of about 7% annually, while the average REIT pays an average dividend yield of 3.22%. This combination of dividends and growth equates to an expected annual return north of 10% for the sector.

This is made possible by the discount at which REITs trade. The median REIT is trading at a price of about 82% of the NAV and 14.5X the projected FFO of 2023. They have historically traded at roughly the NAV and P/FFO multiple of close to 18X.

Read |  Chipotle: Strong Q2 Earnings, But Will It Last?

The lower entry point, thanks to the market downdraft, juices forward returns without a corresponding increase in risk.

risk to the region

As participants in the physical world and the real economy, REITs are susceptible to recession, but they are exposed to nominal GDP compared to real GDP (inflation adjusted). Rent is of a non-discretionary nature, so even though people are spending more money on gas and groceries, individuals and businesses usually pay their rent. Thus, REITs are doing well in this real GDP slowdown as nominal GDP is still strongly positive.

An early warning sign that could indicate weakness in REITs would be a significant softening in the labor market. So far the jobs are plentiful and pay fairly well, but if unemployment rises to 5% I would anticipate weakness in the more cyclical REIT asset types.