Where will Turkey be a year from now? 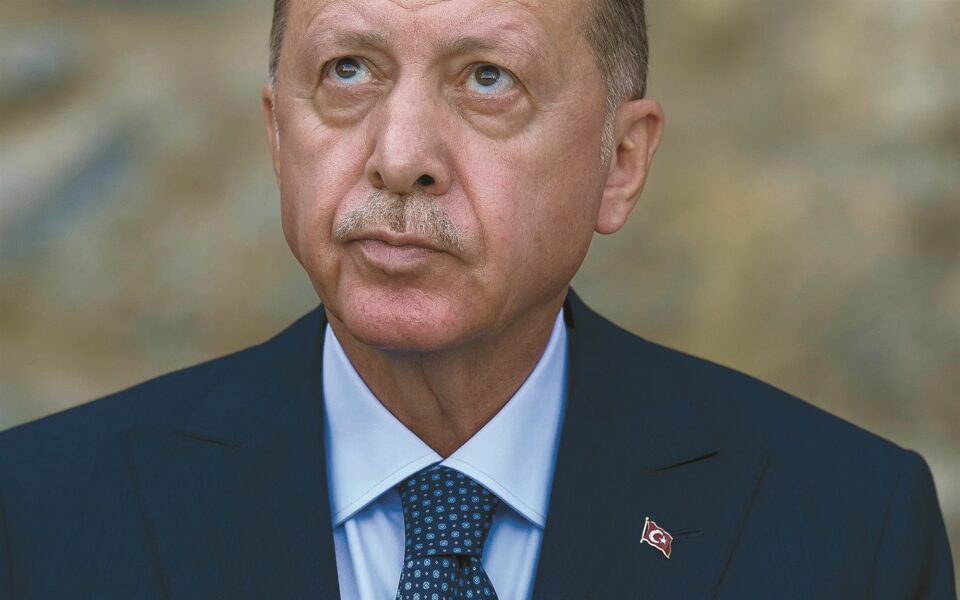 Disputes with Greece will be useful ammunition for Turkish President Recep Tayyip Erdogan if he should decide to create a crisis that diverts attention from his country’s economic disintegration. After all, if he wins the election he is quite capable of burning his bridges with the West, which becomes a serious matter of survival for the Turkish strongman. However, the fact remains that no one knows what he is thinking and planning.

Kathimerini reached out to 10 analysts, journalists and experts with excellent knowledge of the situation in Turkey and asked them where they see the country and its leader a year from now, after voters voted in June 2023. They all seem to have one thing. Agreed that the Turkish President is caught in a difficult situation, is unpredictable and is ready to remove all hurdles to ensure that he remains in power.

His assessments send a warning bell to Greece, which is an important part of the Turkish president’s calculations for what lies ahead.

Turkish experts are now openly discussing the question: a smooth transition of power through elections or a fight to the death to retain power? It is based on fears that Erdogan may be able to a) challenge the election result and call for an annulment if margins are low or, b) completely ignore the result and push Turkey down an entirely different path. “A civil war is not beyond imagination,” argues Jenny White.

Based on opinion polls and the prevailing sentiment in Turkey – so far – Erdogan is on the verge of defeat by the opposition coalition, which includes Kemalists and other parties. This time, Kemal Kilicdaroglu, the leader of the main opposition Republican People’s Party (CHP), is campaigning more effectively and is an opponent who knows Erdogan well and, therefore, is in a position to do what he can. Does best: To inflame populist sentiment. This is why Ankara Mayor Mansur Yavas is seen as a candidate who has the potential to surprise Erdogan by harnessing his incredible popularity, unlike Istanbul Mayor Ekrem Imamoglu, who has yet to run for the role. Not ready at all.

Nevertheless, even if there is a spontaneous change of guard in the Turkish government, it is unlikely to change the country’s foreign policy line, and especially in relation to the eastern Mediterranean. This means that Greece will face basically two scenarios: a) a new government that chooses to focus its energies on managing economic chaos and isolate the Aegean for a period of time, or b) a The new government that takes advantage of the 100th anniversary of the signing. The Lausanne Treaty and Turkish democracy – in the summer and fall of 2023 respectively – continue to maintain or even ratchet tensions in the Aegean, regardless of the challenges at home.

The notion that Turkey left the islands to Greece by poorly handling the negotiations is prevalent in public opinion, often to the point of obsession.

More recently, the mayor of Bolu province said he would be ready to wear a military uniform and fly himself in the middle of a unit of Greek soldiers. Tanju Ozcan’s mentality forms the basis for an even worse scenario, whereby Erdogan would create an artificial crisis with Greece that could even stall elections in Turkey.

Many Turkish analysts rejected Kathimerini’s request for his take on the situation, believing that Turkey and Greece are locked in a vicious circle of rivalry. Primarily, though, he believes that Erdogan is so unpredictable that it makes no sense to try to predict where the corner leader or troubled country will be in a year’s time. He says that the President of Turkey is capable of doing anything and refuses to even accept the given date of the elections.

Meanwhile, a victim of ergonomics, Turkey’s economy is in a maze that is deeply affecting the foundations of society. It also suffers from a deep lack of trust under an administration that manipulates the justice system to harm political rivals, tinkers with authoritarian regimes, tramples on civil rights and denigrates Turkey to its European prospects and its Pulling away from Western relations.

This confluence of factors has pushed aggressive Turkish rhetoric against Greece into unprecedented territory, and while it may be designed for domestic consumption, it also carries the risk of triggering unexpected growth.

As for the Turkish opposition? The valuation isn’t bright, as most analysts agree that it’s focused almost entirely on overthrowing Erdogan rather than moving forward for the country. And until that happens? Erdogan’s Turkish support on the back of Gazprom’s European revenue, and perhaps even foreign currency, will rally from Vladimir Putin and Russia.

Views from analysts, journalists and experts can be found in the links below:

Steven A. Cook: Be careful until Greece, Turkey elections

Yavuz Bedar: A Turkey “Lost in the Infection”

Mehmet Caiman: The problems we are facing today cannot be fixed overnight

Levant Koker: Turkey needs to start all over again with a new constitution

Jenny White: A heated conflict as an excuse for Erdogan