With the help of a sticky, stretchy material, scientists create a continuous ultrasound system 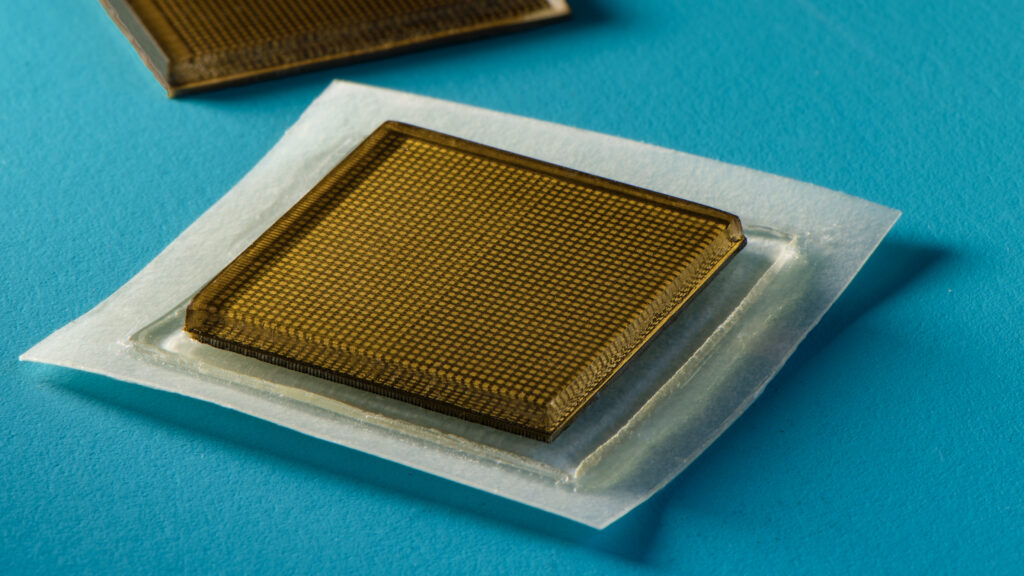 IIt took hundreds of unsuccessful experiments, sticking sticky gels on all kinds of surfaces, for scientists at the Massachusetts Institute of Technology to achieve what they were looking for: a material so adhesive, it cemented a device to the skin for two full days. while still allowing sound waves to pass through.

The resulting platform, described in new research published in Science, could be used for devices such as wearable ultrasound probes that help provide continuous, hands-free monitoring of internal tissue and organs. Where imaging devices were once bulky and stand-alone, they now have the ability to comfortably accompany a person for hours or days at a time, experts said, adding that the device has more advantages than commercially sold systems. Imaging quality.

“This is a very impressive new frontier in how we can use continuous ultrasound imaging to assess multiple organs, organ systems,” said Eric Topol, founder and director of the Scripps Research Translational Institute. , “48 hours of continuous imaging, you have to lock someone up in a hospital, put a transducer on them. It’s amazing, with that respect.”

Experts said the study uses a new approach to solve the long-standing challenge of adding ultrasound to the human body. Ultrasounds are typically fairly large desktop- or phone-sized devices with an associated probe that glides over the area of ​​the body that needs to be imaged. The tip of that probe, known as the transducer, sends and receives the sound waves of ultrasound.

“A lot of people had never really thought about using rigid transducers,” said Nanshu Lu, a bioelectronics researcher at the University of Texas at Austin, who did not participate in the study. “We always think ‘Oh, rigid transducers, let’s forget about them. There’s no way.'”

To develop the new device, the researchers decided to place a flexible material between the skin and transducers that send and receive ultrasound’s sound waves. Importantly, that new material is a hydrogel – a water-filled polymer – enclosed with a rubberized, bioadhesive elastomer that maintains the shape and viscosity of the hydrogel. The material also eliminates air bubbles that would otherwise pop up between the ultrasound probe and the skin.

Those air pockets are also a problem in traditional ultrasound, which also relies on a layer of gel on the skin to help the sound waves travel from the ultrasound to the body. But that gel — unlike the hydrogels used in the new technology — is messy and dries quickly, making it impossible to use in a wearable for long periods of time.

“I really like [changing] From toothpaste to the modern Jell-O. Now it’s solid, it maintains shape,” Zhao said. The hydrogel is also wrapped in an elastomer “skin,” which, as Zhao explained, “actually locks the water inside the Jell-O, So the Jell-O won’t dry out in a few days.”

The strong adhesion of the hydrogel-elastomer composites also allows for relatively smooth imaging when the body is in motion. Experts said the device heralds a new era of thinking about wearables, not just as technology woven into clothing or worn on the wrist, but in the form of patches that can be applied like EKG electrodes. and provides detailed information about what is happening to the patient. Time. “This is a new window into the human body that we have never had before,” Topol said. “It’s anatomy. It’s very different. We’ve never had a sensor with continuous anatomical imaging.”

The promise of continuous imaging is particularly attractive for ultrasound, which offers the capability for real-time, cross-sectional imaging at an affordable cost and without the radiation required as with other methods. “We will benefit from these new ultrasound techniques,” said Michael Forney, a musculoskeletal radiologist at the Cleveland Clinic who was not involved in the new development.

And experts see this type of imaging as enabling a far deeper look into the body than many current wearables. Signs on the skin “are important, but they are symptoms,” said Sheng Xu, a wearable ultrasound researcher at the University of California, San Diego, who did not participate in the research. He added that imaging internally helps researchers and physicians gain better control over the root causes of those symptoms.

“Wearables are ushering in the future of going deep. There is no doubt about it,” he said.

Xu is working independently on a stretchable ultrasound probe that, although it captures images at lower resolution and is more sensitive to body movement than the new technology, can visualize a larger part of the body.

Physicians like Forney may also benefit from more convenient ultrasound techniques during medical and surgical procedures, where imaging is important. , , “As equipment is developed to perform more ultrasound-guided surgeries, it would be a waste of a hand to investigate,” Forney said. “And a device like this would solve that problem.”

Forney also requires ultrasound investigations to diagnose patients with a variety of conditions, from palpating tendons to muscles that exert excessive pressure on the arteries. For these scenarios, he needs to perform a dynamic examination where patients are actively contracting their muscles. However, examining the patient can be difficult. “Sometimes we can, and sometimes we can get the answer, but sometimes it’s hard to check in on someone when they’re trying to walk,” Forney said. “This device will make that diagnosis a lot easier because you’ll just put it on the field and basically exercise the patient.” He also noted that anesthesiologists and emergency physicians may benefit from the device when performing nerve blocks to relieve pain.

“I see it as a platform technology, a technology that can monitor a number of possible things,” said Jeffrey Karp, an anesthesiologist and bioengineer at Brigham and Women’s Hospital, who was not involved in this research. Since its development in the 1970s, MRI has spread far beyond one of its initial intended uses to detect cancerous tissue, given that this is true of any new capability. “If you look at MRI as an example, there were a few important use cases in the beginning, but when it started to become more mainstream, all these other uses started popping up.”

More work needs to be done, including reducing the signal processing unit that produces the images. “I don’t see it as a big challenge,” Karp said. “And I’m really curious where this technology is going next.”

Next steps may include clinical trials. Joshua Kopel, an OB-GYN and pediatrician at Yale, said, “The challenge now is, well, you have the diagnostic tools, now we need some clinical trials, which use ultrasound technologies. study and are not associated with the new wearable.” “And we need FDA approval and we need clinical trials to compare it with standard care.”

Experts also said that for the device to be effective, whether at home or in the clinic, there are challenges ahead in analyzing and interpreting the data. Physicians have the ability to image much more than is possible, and may need to take advantage of recent advances in software for continuous monitoring. “I think another application would be the use of artificial intelligence,” said Philip Tan, a Ph.D. he said. student at UT Austin who was not involved in the study and who wrote a commentary with Lu on the new findings. “An image is only worth something if you can really diagnose it. So even if we’re able to get all of these images, we still need help getting a useful medical diagnosis out of them.”

There is also the question of how health systems will store the enormous amount of data that will be generated by continuous ultrasound.

“If you do this for 48 hours in a row, that’s a lot of data. Where does that data go?” Kopel asked. “How does this get integrated into the health record so that there’s a way to go back and say ‘What happened at this point here and what did I do here?'”

Koppel, who cares for newborns and infants, said there will be challenges in using such technology in his field, but he expects other uses. “There’s a lot of potential for this,” Kopel said. “They can reach the point that it’s wearable for an athlete.”